Nina can’t let herself fall in love with the man she’s going to marry. Both of them have experienced the sting and sham of love and have no intentions of falling victim to it twice. Love is expensive—hate is free.

Three years. A million dollars. A solution to both of their problems. They planned it all, from the story of their first meeting to the date of their divorce. Nothing could go wrong.

But what they didn’t consider was chemistry, and Nina and Max have no shortage of it. After too many near-kisses, Nina convinces herself that hating Max is better than loving him, and the more she gets to know this soon-to-be-husband of hers, the more she discovers just how very much she truly, madly, and deeply . . . hates him.

This isn’t a love story. This is the other kind.

➦So this was me upon receiving an email that our blog got approved for an ARC of this book:

WHO SIGNED UP FOR THIS ONE AND DIDN’T EVEN TELL ME???

➦It wasn’t even on the list for December! And after everyone frantically checked their kindles and found nothing… I decided to check mine. Just in case. 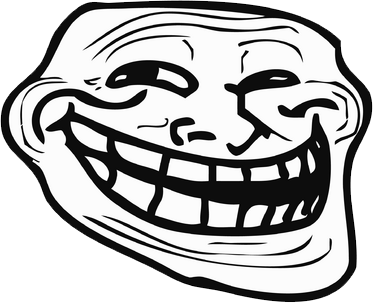 Except I already do write shit down. #tryharder

➦Anywhoooo… So I went in blind and imagine my delight when I realize that this is a marriage of convenience trope!

➦Our hero is a rich foreigner wanting a Green card. He isn’t into relationships and certainly isn’t looking to fall in love. As soon as he sees that a woman he is going to marry actually appeals to him he is determined to make her hate him. #giantdouche

➦The heroine is jumping into this marriage for money. She is struggling to pay the bills and keep her grandmother’s house. She doesn’t believe in “real” marriage. Being lonely and having no family she is convinced that everyone will leave her.

Go figure two people who don’t belive in marriage are getting married. How’s that for irony?

➦Once these two move in together interesting things start happening. I obviously will not tell you which things because it was the best part of the book for me. The sexual tension was definitely there.

➦I really loved the first half of the book but I found myself losing the connection with the characters in the second half.

➦Perhaps it was that a hero starts out as a douchebag and then quickly changes into a super affectionate lover? It’s definitely one of my pet peeves but I really don’t like an abrupt change in character.

➦The whole transformation from hate to love was too abrupt. I felt like I needed more substance there, more interaction, more sharing of secrets. I much rather would have preferred that to the whole family drama in this story.

➦And on a side note, I got a total #ladybonerkiller in this book. The parents seem to be everywhere lol First time these two fool around is with his parents in the house. Then at one point during sex he makes a reference to her parents and how he’s not like them and won’t leave her. I suppose I’m just not into “deep talk” while getting frisky 😀

He hadn’t stopped smiling at me, and it wasn’t the friendly kind of smile. It was the kind that made it seem like he was in on some secret I wasn’t privy to. The kind of smile that made me feel like I was being trifled with and made the punch line of a hundred jokes I had yet to hear.
I wanted to wipe the cocky smile off his face, but that would have required touching him and even I wasn’t gutsy enough for that. A woman did not touch a guy like him unless she wanted him to be her undoing. Nope. You didn’t play with fire. You didn’t touch it. You didn’t even come close.
Fire. That was all I saw when I looked at him. I was playing with it by agreeing to this kind of arrangement with him.
Even the way he lounged in the chair was smug. Like it was his throne and he was just waiting for minions to come bow before him.
“You’re younger than I thought you’d be.” He broke the silence first.
Though it was faint, I could just make out an accent. It was European, but I couldn’t nail down the country. To look at the bastard, you’d think he was Scandinavian—blond hair, blue eyes, commanding frame—but his accent was too sharp to hail from the land of Vikings.
I was tempted to glare at the tipped smile aimed at me, but I didn’t want to lead him to the impression I cared. I gave him my version of the same smile, abandoning my “no expectations” policy for the prospect of pissing him off. “You’re older than I thought you’d be.”
His smile shifted into the realm of a smirk, like he knew I was lying. So yeah, maybe I was lying about thinking he was older, but I wouldn’t give him the satisfaction of confirming his silent accusation. He was older than me, but not by much. He might have been closing in on thirty, but he wasn’t past it.
He leaned forward in the chair. When his gaze circled my face to my fiery red hair, his brow elevated. Yes, I am the stereotype. Be warned.
“Prettier too.”
I stiffened. He was fucking with me now. I’d already agreed to marry him. How much more did he think he could screw me over?
I gave him a cursory glance and kept the unaffected look on my face. “Uglier.”
He cocked a brow like he knew better. “And the personality of ten women rolled into one.”
“Intimidated?”
His head shook once. “Intrigued.”
“Irritated?”
His eyes investigated me again. It felt intrusive, definitely not cursory. “Impressed.”
“As impressed by me as the woman in heat who was just mauling you over by the bar?”
“You mean the woman who gave me this?” He pulled something out of the inside pocket of his suit jacket and set it on the small table between us.
It was a hotel card key. With a lipstick kiss pressed into it.
“Classy place, this five-star hotel.” I glanced back at the woman at the bar. She was still there, watching him as though he was the height of the male species. “Did you tell her the reason you were here?”
His attention stayed on me. “Yes, I told her I was here to meet the woman I was going to marry.”
My stomach wrung. This was the man I was going to marry.
Holy shit.
“And she didn’t ask for her room key back?” I asked.
“She didn’t give it to me until right after I mentioned that.” His stare was intense. Too intense. I felt like every secret—every piece of who I was—was strewn out on that table for him to see. “Women love a man who isn’t afraid of commitment. It’s like an aphrodisiac.”
“You know what else women like?” I didn’t pause for an answer because I guessed he didn’t have a clue. “A man who’s humble.”
He fought a smile and leaned back in his chair when a server approached with a couple of drinks on a tray. “No, they like to think they do, but they don’t.” His head shook authoritatively. “They like the cocky bastard who goes after what he wants and doesn’t take no for an answer.”
Because the server was shielding some of me from his view, I allowed myself to shift. I was getting fired up, and if he kept saying the same kinds of things with the same kinds of looks on his face, that drink was going to wind up in his face.
That was when I noticed what the server had set in front of me. A tumbler with something amber in color. The same thing she was setting in front of him. Although from the curve of her smile, she was offering to give him a blow job on the side, compliments of the house.
“What is this?” I asked. Him. Her. Whoever wanted to answer.
“Scotch,” he answered, ignoring the server lingering between us.
My nose curled at the drink.
“Expensive scotch.”
“I don’t care if it came from the fountain of youth. I won’t drink it.”
His forehead creased with what appeared to be irritation, but I couldn’t be sure. Maybe it was confusion, like he couldn’t decide what to make of me. “You would have me believe you wouldn’t take a sip of that if you knew it would give you eternal life?” When I shook my head, his head tipped. “Why?”
“Because I value my free will far more than long life.” I pushed the drink away until it clinked against his. “I’d rather live one day free than an eternity in a cage.”
He was quiet for a moment. The server stayed between us, staring at him, waiting.
“Then why are you here?” he asked me finally.
I leaned forward and hoped my stare was as powerful as his. “Because free will is expensive.”

Nicole Williams is the New York Times and USATODAY bestselling author of contemporary and young adult romance, including the Crash and Lost & Found series. Her books have been published by HarperTeen and Simon & Schuster in both domestic and foreign markets, while she continues to self-publish additional titles. She is working on a new YA series with Crown Books (a division of Random House) as well. She loves romance, from the sweet to the steamy, and writes stories about characters in search of their happily even after. She grew up surrounded by books and plans on writing until the day she dies, even if it’s just for her own personal enjoyment. She still buys paperbacks because she’s all nostalgic like that, but her kindle never goes neglected for too long. When not writing, she spends her time with her husband and daughter, and whatever time’s left over she’s forced to fit too many hobbies into too little time.