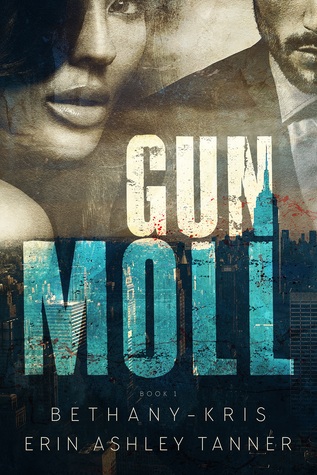 James “Mac” Maccari’s career in the mafia is at a standstill. As the best solider in his Capo’s crew, all he wants is to be noticed enough to get Made in the Pivetti Crime Family. But instead, his Capo’s interests seem more focused on keeping his solider hidden from the boss, and every other Made man he can. Seemingly stuck right where he is with no chance of going up, Mac doesn’t know what will finally get him the attention he needs to earn his button.

Until she shows up and all eyes are on them …

Melina Morgan survives—that’s just what she does. She’s never been able to depend on anyone but herself to keep her safe and get things done. When a chance encounter puts her in a bad situation with the cops and the mafia, Melina has no choice but to put her faith in the hands of a man that not only infuriates her with his cocky arrogance, but catches her interest, too. Playing pretend in a fake relationship with Mac doesn’t seem all that terrible, until pretend turns real and bullets start to fly.

A man is nothing without his woman …

When the attention on Mac and Melina turns from bad to worse, and someone in the Pivetti Crime Family decides the couple needs to go, they know they’re fighting an uphill battle alone. But making it to the end alive means Mac could get what he’s always wanted, and Melina might find what she didn’t even know she needed.

Together, they’ll make waves the mafia has no choice but to notice …

“She smiles and bats her lashes, but when you turn your back, she’ll cut your fucking heart out from behind. She’s dangerous. She’s amazing. She’s a mobster’s girl, the unsuspecting lady with a gun hidden under her coat, and the only thing a man can trust to follow through. That, doll, is a gun moll.”

I LOOOOVE reading mafia books! So of course I had to read this. I would be crazy if I didn’t. It had action, suspense, and romance. And I loved every second of it!

Melina Morgan is an independent woman who has a take-no-bullshit demeanor. She is completely alone after losing her dad, and doing whatever she can to survive.

“It was time to dry her tears and close the vault to her heart permanently. She was in this world alone, and she had to make it the best she could.”

Mac Maccari is a soldier in the Pivetti Family. He is trying to be noticed by the big boss and finally become a made man.

Melina is at the wrong place at the wrong time and it has both the police and mob breathing down her neck. Mac and Melina begin a fake relationship in order to protect each other. What was first a charade turns into something real. Melina doesn’t make it easy for Mac, but he doesn’t mind because he likes a challenge.

“You’re not playing fair,” she whispered.
Mac flashed a sinful smile. “I never do when it comes to something I want.”

I fell completely in love with Mac, who was a family man, protective, loyal, and honest. He saw straight through Melina’s tough exterior.
Melina was another character I loved because she always had Macs back. I loved the romance between these two. They just became one of my favorite mafia couple!

“When I told you I loved you, I didn’t mean it just for right now. When I love someone, it’s more than a passing moment.”

And the ending of the book? I was like WTF! I hate being patient. There is a cliffhanger, but not one that is bad. Well, not that bad anyway. This was a phenomenal story, with excellent writing, and an engaging plot. Can’t wait for the next book in the series!