Hosting her brother’s wedding for an MVP guest list is the challenge of Jess Canning’s life. Already the family screw-up, she can’t afford to fail. And nobody (nobody!) can learn of the colossal mistake she made with the best man during a weak moment last spring. It was wrong, and there will not be a repeat. Absolutely not. Even if he is the sexiest thing on two legs.

Blake Riley sees the wedding as fate’s gift to him. Jess is the maid of honor and he’s the best man? Let the games begin. So what if he’s facing a little (fine, a lot) of resistance? He just needs to convince the stubborn blonde that he’s really a good boy with a bad rap. Luckily, every professional hockey player knows that you’ve got to make an effort if you want to score.

But Jess has more pressing issues to deal with than sexy-times with a giant man-child. Such as: Will the ceremony start on time, even though someone got grandma drunk? Does glitter ever belong at a wedding? And is it wrong to murder the best man?

Warning: Do not read while sipping hot liquids. Or cold ones. Or while sitting anywhere laughter would be inappropriate. Contains hot but hilarious hockey players, puppies and a snarky pair of underwear. 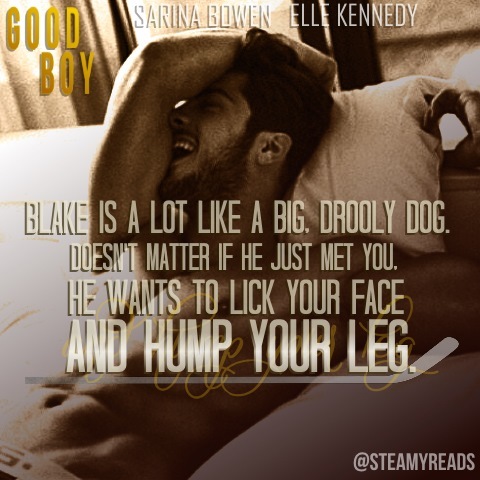 ➦I don’t know how these two authors do it! Sarina Bowen and Elle Kennedy just know how to write a good romance. A swoon worthy hero, a likable heroine, tons of fun banter and some angst thrown in to give you the feels — it’s all right here in this awesome first installment of the WAGs series.

➦If any of you have read the M/M romance HIM by these two authors you have probably already met the heroine of Good Boy – Jamie’s sister Jess. If you haven’t, do not worry! This book can totally be read as a standalone.

➦Blake, our hero, makes an appearance in Us, if the memory serves me right, and he’s a bit of a goof ball. He comes off as a dumb jock from the first glance.

➦He plays professional hockey and is pretty awesome at it, uses awesome words like “cheezus”, lacks a filter and is a constant flirt. I imagine you will either love him to bits or you will be annoyed with him. Either way, as you keep reading this book you will find that there’s more to him that meets the eye. 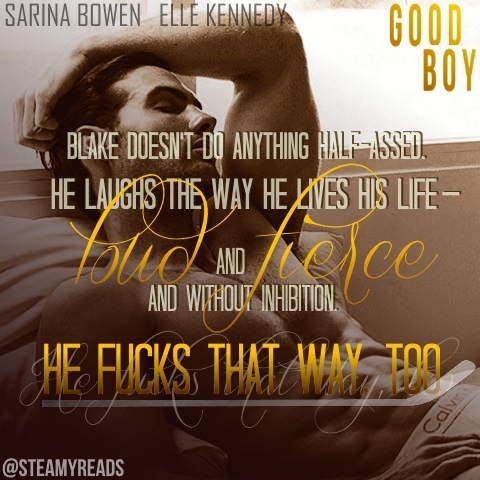 ➦Jess and Blake have crazy chemistry and whenever they do see each other, which is not often, then can’t seem to help themselves and hook up. Jess keeps telling herself every time is going to be the last time. But Blake got super powers. or SOMETHING. 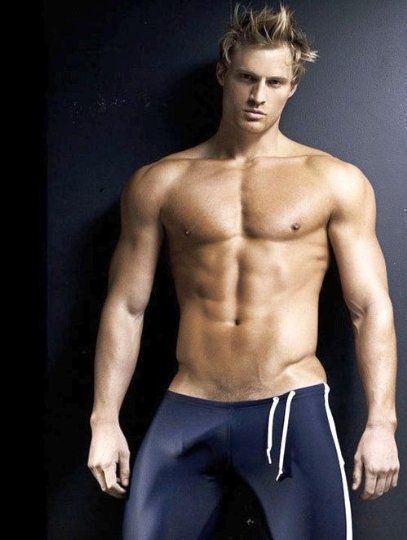 ➦Anywhoooo, Blake knows how to use his hockey stick. You get it. ^.^ So then at one point he decides that enough is enough and now they are together as a couple.

“We might’ve started out as fuck buddies, then took a trip into the friends-with-benefits zone, but she’s mine now.”

➦Jess, however, does not approve. But no worries, Blake will wear her down. And not in an overpowering “I’m an asshole and you belong to me” kind of way. He’ll take a different approach.

➦Definitely recommend this book to the lovers of romance with affectionate heroes. There are some sports elements to it since Blake is a hockey player but if you’re not a fan of sports romances, do not worry – hockey certainly does not overpower the love in this novel.