If someone were to ask Jasmine Santos to describe the last few years of her life with a single word, it would definitely be a four-letter one.

After seventeen years—and countless broken bones and broken promises—she knows her window to compete in figure skating is coming to a close.

But when the offer of a lifetime comes in from an arrogant idiot she’s spent the last decade dreaming about pushing in the way of a moving bus, Jasmine might have to reconsider everything.

First things first, if you love slow burns, you know Zapata is your go to. And this book will definitely leave you with a burn. I burned. Holy shit did I burn reading this book. I not only burned for the love, I burned to get Ivan’s POV. I wanted in his head so fricken badly. Again slowwww burn…

We are gifted with getting to know the ever lovely and beautiful lost soul of Jasmine. She’s a professional Ice Skater that hasn’t had luck on her side. She had devoted everything she has to ice skating, and by everything, I mean everything, her entire life. She’s lost her couples partner and isn’t sure what’s left to her ice skating career. So, when she’s approached to pair up with her best friends older brother, that she can not stand to be in the same room with, what will she do?

Ivan Lukov is an Olympic medalist, has devoted his life to ice skating, he’s one of the best there is out there. This is solely a heroine POV so we don’t really get in Ivan’s Head, however with saying that, to me he clearly wears his feelings openly, to an extent. Ivan had me swooning, maybe cause I crave the sweet man, the man that does anything for a girl, and will stop at nothing to get her. And he does this, he takes care of her in such subtle ways.

But…… Will the hatred, the past, the present, the unknown feelings come between these two that are kept well buried, be left shredded on the ice? Can they achieve their dreams or will they be left shattered?

If you have the will to burn, DON’T pass this book up. 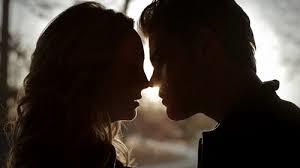 I loved this book hard, review to come.

Have you ever seen the amazing 1992 movie that was The Cutting Edge? 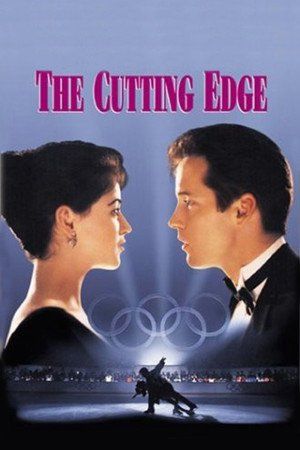 Well, I loved this movie growing up.
LOVED it.
ADORED it.

So much in fact that I had it on VHS – for you youngun’s, that was like a big tape cassette that played movies.

Oh wait, young people might not know what a tape cassette is either.

Those were the days, folks. Such amazing clarity…

Such clear and concise user instructions…

But anyrewind, as I was saying…

And when those went out, I got it on DVD.

And when those went out, I got it on Blu Ray.

And when even THAT became SO 2014, I got it on Amazon Video.

So I can legit carry that shit around with me everywhere I go and watch the magic to my heart’s content via smartphone.

I have this movie memorized backwards and forwards, folks.
I can pretty much recite the whole thing.

Reminded me SO much of that movie.

There were two people who came together to form a figure skating team, one of whom came from a rich family that owned their own skating rink.

They hated each other and argued nonstop.

They too had to figure out lift holds. 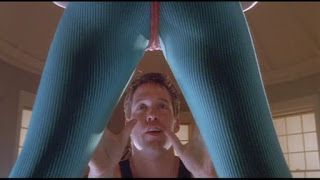 They fell a lot.

And then there was the “Pamchenko Twist,” the basically impossible, fictionalized figure skating move…which was mentioned in the book and executed in this movie.

So part of me has to believe that Zapata had this movie in mind or was paying homage to it in some way.

Which I am TOTALLY on board with, because I adored it.

This thing was like a Kulti-fied Cutting Edge and it made my inner little 1992 nine year old heart just burst with happiness.

Per Zapata usual, this is a slow burn and very character-driven story told from the sole perspective of our main female character and I devoured it in one sitting.

I didn’t love this one as much as Winnipeg, but I truly don’t think that book will ever be surpassed for me, so that’s really irrelevant; but I do think I might have enjoyed it even more than Kulti, although perhaps that just a result of the aforementioned movie nostalgia factor.

I enjoyed the book immensely and know other Zapata fans will too.