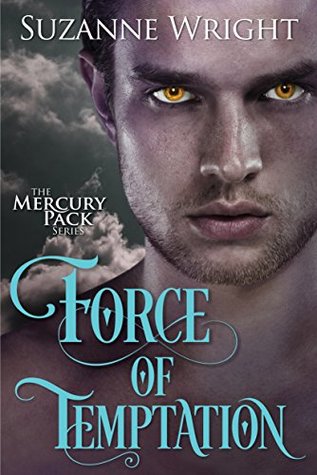 Harley Vincent is resigned to life in the human world. Sure, being a margay shifter is half her nature, but life among humans gives her the freedom to roam and do as she pleases. That is, until anti-shifter extremists target her, putting her life in immediate danger.

When an old acquaintance and onetime fling, Jesse Dalton, shows up to offer the protection of his pack, Harley hesitates. She may have feelings for Jesse that go beyond their one-night stand, but life among shifters means giving over her independence to the needs of pack. Plus Mercury Pack has its own threat to face: a rich half-shifter is determined to claim their territory at any cost.

Jesse, who lost his true mate as a child, has wanted Harley since their night together, and he’s not letting her go again. They may not be destined for each other, but he knows she belongs to him and with his pack. Even if he can convince her to join him now, can he convince her to stay?

So, I am rating this super high.

Because homie is one happy camping homie.

Is it be because I am hopelessly biased when it comes to this author?

Because I fucking just adore this series?

I feel like we would be best friends if we ever met.

Or perhaps just stared at each other .

Or said completely inappropriate and inadvertently rude things to each other, being that Wright describes herself as socially awkward and I have the uncanny ability to offend everyone I meet within five minutes.

What can I say…sometimes hypothetical moments are just too magical to properly comprehend.

If you are a Wright fan like me, you will love this book.

And if you aren’t, you are seriously missing out and should rectify that mistake immediately by snagging Feral Sins, a quiet reading corner, and an extra set of underwear.

This book takes us back to Mercury Pack territory.

We get to visit with all of our favorite Mercury Pack-ers, which was simply delightful.

It’s so delightful it makes me sound like my grandmother by describing it as “delightful,” that’s how delighted it fucking makes me.

I will say that this book is different than all the other books in this series.

And in a way that might not work for some people.

In fact, this…caveat is something that usually irks me to no end; however, I felt that Wright truly outdid herself here and took something I usually can’t stand and made it into something great.

I will include a spoiler tag here as we get closer to release day.

Other than that, all I can say is: