Colin Hartman can now add college to his list of failures. On the coast-to-coast trek home from California, Colin stops at a gas station in the Nevada desert, and can’t help noticing the guy in tight jeans looking like he just stepped off a catwalk. When he realizes Catwalk is stranded, Colin offers a ride.

Riley only intended to take a short ride in Colin’s Jeep to the Grand Canyon. But one detour leads to another until they finally find themselves tumbling into bed together. However there are shadows in Riley’s eyes that hide a troubled past. And when those shadows threaten to bury the man whom Colin has fallen in love with, he vows to get Riley the help he needs. For once in his life, quitting isn’t an option… 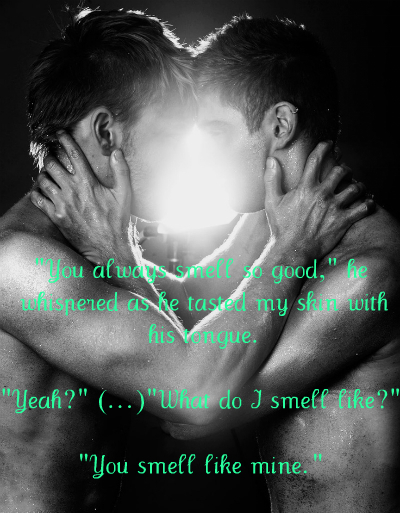 “Focus on Me” is book2 in “In Focus” series by Megan Erickson and like the first book the story centers on a road trip. Unlike the first book, this second book in the series deals with a tough, sensitive subject matter – mental illness – eating disorder in men. It is a common misconception that eating disorders only affect women. The reality is that eating disorders affect both men and women /boys and girls. Kudos to the author for approaching this topic in a very respectful way with care and consideration.

The story fallows Colin, a 21 years old boy, who’s on his way home to North Carolina after he dropped out of college. Colin is gay, he’s an ex-football player and he sees himself as a quitter. He’s not resentful, considering he wasted his time trying to become something he wasn’t. He accepted it and he plans to help his parents at their BBQ restaurant and of course to forget about this college experience. In Nevada he sees a boy whom he nicknames ‘Catwalk’ who desperately needs a ride. Colin offers him a ride and ‘Catwalk’ accepts. He can’t stop noticing how delicate and good looking this stranger is and he’s ready to admit to himself how smitten he is.

Catwalk aka Riley is a mystery. While Colin shares some information about himself, his family and his family’s business, Riley shares only a part of the truth, of who he really is. Colin not only wants to know Riley better, but he wants to help him and protect him. From whom or what? He doesn’t know…yet, but he wants to be ‘the one’.

As the story progresses, Colin realizes who Riley really is and he also realizes Riley is a tortured soul who needs saving, but who doesn’t know how to save himself, who needs care and also love. He’s determined to do anything to save the one who changed his life and who he is.

This was a touching, beautifully written story with both light and heavy moments very different from the first book in the series and also very different from what I expected. The story is told from Colin’s POV and I liked his POV, but there were some moments when I really wanted Riley’s POV.

I loved this two boys! Both of them are well developed, so different from each other, but they completed each other in a very sweet way. Colin was wonderful. He has such a big heart. He’s a caretaker. He wants to help and he’s willing to do anything for the other boy, even if he doesn’t know anything about him. I loved how patient and thoughtful he was at times with Riley. He made me swoon and I have to say I fell over heels with him.

“What was it about him? It wasn’t just how he looked, either. I wanted him to smile. I wanted for him to be happy. And I wanted to be the person who made that happen.”

Riley’s characterization is heart-breaking. He is a lost and lonely boy who just wanted to feel. Anything! And he also wants to not feel so empty and hopeless. I was so glad he met Colin who showed him there’s always more for everyone out there, that there’s hope and love, that he is savable and lovable. In the end, Riley found the necessary strength and I loved how brave he became. At some point, both guys are a little insecure believing they are not good for the other. I wasn’t bothered by this aspect of the story like I usually am. Maybe because I understood in some way why they felt this way.
Colin and Riley are so good together. I loved how gentle Colin was with the other guy and I loved their tenderness and I also loved their sexy times, which they were sweet, but also intense. I also enjoyed their character growth.

As for the side characters – they were great. It was good to see Landry and Justin, the main characters from book1.