Andy Tyler has been the class daredevil since middle school. Over the years, he’s convinced his best friend, Jake Masterson, to perform some dangerous-looking stunts with him. But the dare they attempt on the night of their college graduation goes sideways. The firecrackers explode too soon and both of them end up with badly burned palms.

But hey, nothing gets the “terrible two-o” down for long, and they recuperate in style at Andy’s family cottage in Cape Cod . As the weeks go by, both Andy and Jake grow frustrated over the inability to use their hands for all sorts of daily activities—including getting off. So Andy begins a new series of dares that don’t just cross the friendship line, they obliterate it.

But what might be mere sexual relief to Andy is serious business to Jake, who only recently got over years of secret pining for his straight best friend. Inevitably, the burns heal, summer ends, and hearts are broken. To fix things, Andy will have to face the greatest dare of all.

➦I think I haven’t been reading enough M/M this year and I’ve been trying to catch up this last week of 2017 lol. This book reminded me about why I love this genre so much. I also totally expect for someone to throw a brick at me for saying that this was my first book by Eli Easton.

➦Well, I really lurved this one. I had my eye on it ever since it became available on Netgalley but I’ve waited it out on Audible. This book was so sweet and hot and also a bit angsty towards the end. It also made me cry, I was legit driving to the grocery store and sobbing. Nothing to see, people, keep moving. Just listening to a story of two guys finally finding their HEA and crying happy tears. 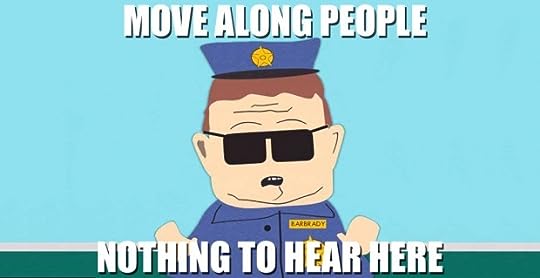 ➦I’m not gonna go into details about the book. I’ll just paint this picture for you. Imagine there were two best friends who did something stupid and injured their hands. Now, imagine them being in recovery in the same house. Can’t use hands. You see where I’m going with this?

➦But it was so much more than that. It had flashbacks to their past and we got to see glimpses of them as best friends throughout the years. So. stinkin. cute. I’m a total happy camper and this is also my book #250 of the year, apparently. So there. I’ll try to find the cutest seal of approval.