“You say I’ll never own you. If I win—you willingly give me that right. You sign not only the debt agreement, but another—one that makes me your master until your last breath is taken. You do that, and I’ll give you this.”

Nila Weaver’s family is indebted. Stolen, taken, and bound not by monsters but by an agreement written over six hundred years ago, she has no way out.

She belongs to Jethro as much as she denies it.

Jethro Hawk’s patience is running out. His inheritance gift tests, challenges, and surprises him—and not in good ways. He hasn’t leashed her but he thinks he might’ve found a way to bind her forever. 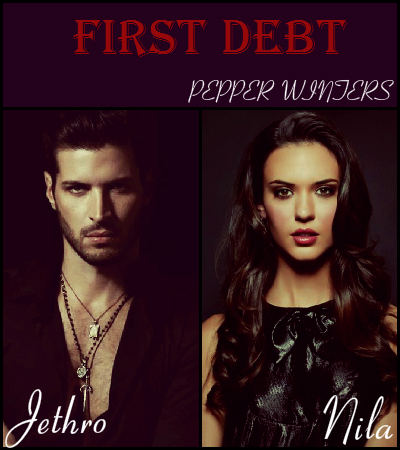 “This was the ultimate test. The Debt Inheritance was more than history and payments — it was an important sequence of events that every firstborn Hawk had to complete in order to inherit his legacy.” 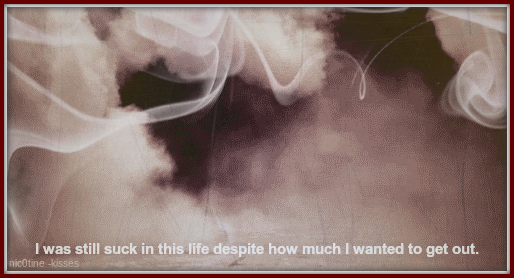 “First Debt” is the second installment in the “Indebted” series by Pepper Winters.

Even if I still think the premise is partially plausible, I enjoyed this book, even more than the first one. Plausible or not, it’s an interesting and unique premise.

“First Debt” is not as sick disturbing like the first book. It’s more intense and it’s more between Jethro and Nila. The story picks up right where the first book ends.

Nila is on the run. She runs for her life and for her freedom. Jethro hunts her, obviously wanting to catch his prey. He is eager to teach her a lesson. Both of them know who will win, but for Nila this game is not about winning, it’s about fight and survival. If the first book presented a terrified Nila, here Nila is determined to fight at all costs for what she wants, for what it’s right.

Jethro realize how much Nila wants her freedom and he knows she’s ready to do anything for it. He is surprised by her actions. She intrigues him.

“I had to burn. I had to blaze. I had to cinder his beliefs and control to the ground. And smear his soul with the ashes of his sins.”

Nila wants not only to win, she also wants vengeance. 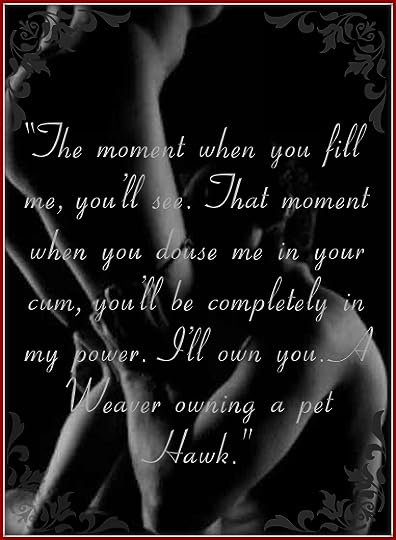 She’s not the only one who wants to run.

“Unlike my prey, I faced my demons and embraced them. I made them work for me, rather than control me, and forced them to submit by bowing at my fucking feet.”

Jethro was all his life his father’s son. He knows his obligations as the firstborn son. He is the debtor and Nila is the debtee and he also knows she can’t be more…

Nila is the only one who brings to surface another face of Jethro.
If in the first book, Jethro seemed unredeemable, the author makes him more human in this book. We get to see a new Jethro, the real Jethro.

Both Nila and Jethro are struggling with their feelings. Nila wants to be free, but her feelings for her captor are growing every day. Jethro doesn’t know who he is anymore, especially since his captive continues to steal his power. Nila makes him question everything – who he is and what he feels. She sees him, the real Jethro and what he’s trying to hide. Jethro realizes how much Nila change him, but no one can ever know that if he wants to protect what they got. 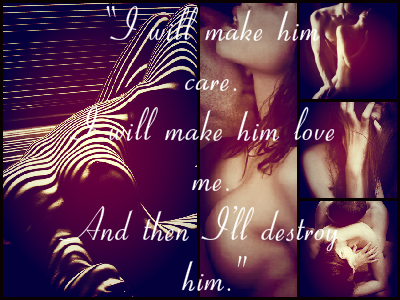 “She owned me. Her laughable rage, her stupid sense of fairness. Somehow, she’d ensorcelled me.”

Jethro wants to keep Nila, to protect her, but in order to do that he must keep her at arm’s length. They have to learn to deal with their feelings in order to survive. Both of them! 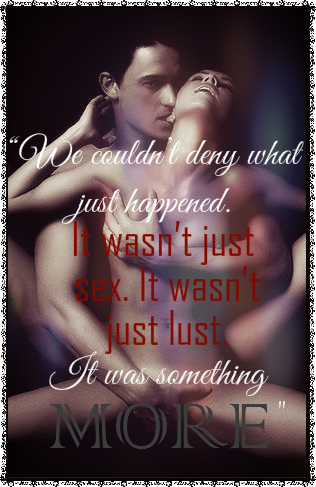 I must say I really liked the new Jethro. Jethro’s character is so well developed in this second book. If you dislike or even hate him in the first book, here, you will empathize with him. I really did! You will get to know him better, understand him and also understand his choices. Like I said before, he is more human in this installment. He is compassionate and even caring with Nila. I absolutely loved how possessive and jealous he is at some point. Needless to say, I really liked him in this book.

Nila is a great heroine. She is strong, even if she obviously has her fears. She is ready to fight and even do anything to be free. But she also is attracted to her enemy and this attraction can be dangerous. I truly felt for her. I liked her and I liked her a lot!

Both Jethro and Nila felt real to me and their relationship felt more intense than ever in this installment.

You will get some answers and you will find out what exactly means this “first debt”, but like me, I’m pretty sure in the end you will have other questions.

This series is really good, addictive and I can’t wait for the next installment.

“We were both chained to a future we didn’t want, and there was no way out—for either of us.”