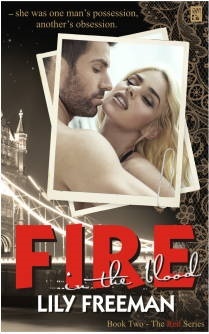 Eight weeks ago, Polly Jayne Lester vanished.
With no explanation, no goodbyes; she walked away from one life, to start another.
Now based in London, she has a home: new friends, a new dog and – a Master. Luke Monroe is everything she never knew she wanted: dominant, sexy, passionate, and a sadist.
As their relationship develops, with her giving a little and him taking a lot, PJ is forced to explore the side of Luke she’s always found disconcerting, all under the watchful eyes of her neighbors Mika and Elliot, the other two men who have come to mean so much to her.

But at what price?

When tensions mount between the three unquestionably alpha males, PJ’s caught in the middle. With Luke’s demands intensifying, Elliot’s possessive behaviour becoming more and more evident, and Mika, always her soft place to fall, claiming a little more of her heart each day, she’s torn. She’s already learnt the hard way that love can hurt, and she thought she knew how much, but nothing could have prepared her for this.

‘Fire in the Blood’ is the second book in ‘The Red Series.’ It is not a stand-alone novel, and I would highly recommend that if you intend to read it, you read ‘A Little Band of Red’ first.

Although both are part of a larger series, the first three novels have been written as a complete trilogy, concluding with ‘To Catch a Flame’, due out in December 2016.

With that in mind, not all of your questions will be answered or all hearts mended. But I promise, in the end they will.

Warning: ‘Fire in the Blood’ includes m/f, m/m and m/m/f scenes as well as a darker event containing violence and elements of non-consent. 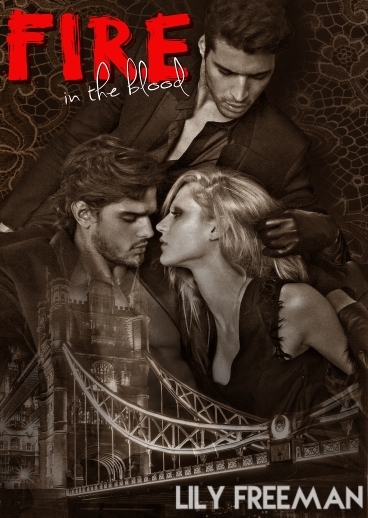 “You’ve got that fire in the blood, all that strength and passion. You’re not like other people and that’s why we adore you.”

➦I was itching to get my hands on this second part of The Red Series trilogy. I’m completely wowed by the writing and by the story. I’ll keep this short and sweet 🙂

➦So, say, you fall in love with a hardcore sadist , who is claiming that you are THE ONE and he will change his ways just to be with you… what is a probability of someone like that changing? Will he be able to control himself and not snap and beat the living shit out of you?

➦While our heroine, PJ, tries to maintain a relationship with Luke (Christian Grey he is not), she has support from her two bi-sexual neighbors . They are very friendly. VERY friendly. Know what I mean?

❤Loved the turn this novel took. I need the third book now! I rarely get invested this much in a story, but this trilogy has me hooked! I know some hot hot stuff is coming in book 3!