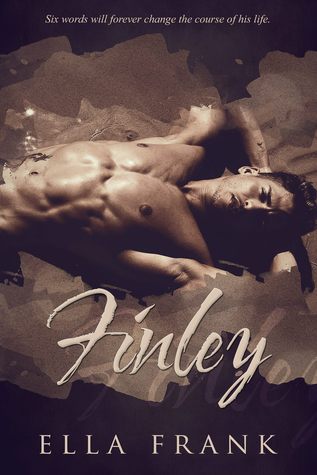 ***A spin-off from the Temptation Series***

It's time to come home, Finn.
It’s been seven years since Daniel Finley left his hometown in Florida for the hustle and bustle of Chicago’s city life.
Since then, he’s worked hard for his position at the prestigious law firm Leighton & Associates, even when it’s caused distance and isolation from his family and friends. But that’s all about to change.
On his thirtieth birthday, he receives the one thing he never dared hope for. Something that was promised to him years earlier—a note. One simple sentence from the man he’s never been able to forget.
Six words will forever change the course of their lives.
Brantley Hayes has it all. Or so he thinks. When he first made the decision to take a job down in Florida, his family thought he was crazy. But, after years of living in the quiet beach town, he finally feels a sense of community. He’s surrounded himself with friends who are like family, has a job he loves, and owns a spectacular beachfront property that is his sanctuary.
Yet he still feels unfulfilled, as if a piece of the puzzle is missing, and he knows exactly which piece it is. On an impulse, he follows through with a promise he made years earlier. A promise to call home the one he sent away.
Nothing is as simple as it seems.
After years of separation, the former lovers are reunited, but Brantley wasn’t expecting to encounter the high walls now guarding Daniel’s heart.
Daniel may not be the same person he was when he left, but he knows that the first step to healing is the note in his hand. 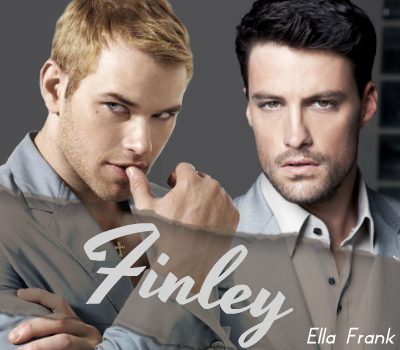 ‘Finley’ is the first book in Ella Frank’s newest series entitled ‘Sunset Cove’ and can be read as a standalone. A spinoff of the author’s other m/m series, the ‘Temptation’ Series, this installment tells the story of Daniel Finley, character we met in the series I mentioned above. Ella delivered a very well written, sexy as f@ck second chance romance, a great mix of sweetness and sexiness that for sure will leave you wanting more.

“Their past and present collided spectacularly, and as they collapsed onto the rug in a tangle of arms and legs, he wondered if they would ever be able to disentangle themselves long enough to find a new place to begin.”

Daniel ‘Finn’ Finley left his home and family in Florida seven years ago when he decided to be a lawyer in Chicago. He studied hard and worked harder, so eventually he became successful, landing a job at one of the most prestigious law firms in the city. He never returned to Florida in all these years, not because he didn’t miss his family, but because returning would have been too painful for him since he also left behind the man who meant so much to him.

“….we both know I won’t truly be home until I’m back between your sheets, Professor.”

Brantley Hayes had been teaching at University of Central Florida for nearly eleven years. Seven years ago he did something that changed his life forever. Back then he thought his decision was the right one…and maybe he still thinks he did the right think, but everything unfolded in a very different way that he hoped. Years passed, but Brantley didn’t forget Finn. He still remembers the man who used to be his student, the man who used to mean everything for him.

“I want you. And I’m selfish enough to keep you for as long as you let me.”

When Finn gets a note from Brantley after all these years, he knows he’s ready to come home, to meet again the man who is still in his thoughts. Brantley is ready to do anything for another chance. He knows time and everything that happened changed the other man, but he’s willing to show him that he never stopped loving him.

“He filled something inside him that he hadn’t even known was missing. Something he couldn’t quite put his finger on.”

I enjoyed this one. It wasn’t my fav book by this author, but it was an enjoyable read I would recommend if you crave some well done m/m sexy scenes. Because, yeah…the sex scenes between these two men were hot as hell. There’s no secret Ella can write a sex scenes or a “good” sexual tension between her characters. She does it effortlessly every damn time. And here, let me tell you these two men oozed sex from the beginning. Of course, what I loved the most was the chemistry between them. I LOVE it!! It was fantastically done, palpable from start to finish and I couldn’t get enough of these two men. They were so f@cking hot together. I really loved every sexy scene between them.

“I needed to know if you remembered. Or if you’d moved on.”
“I couldn’t move on,” Daniel stressed. “You made sure of that. No matter what I did or who I did it with, you were always there. I always remembered. There wasn’t one single thing I ever forgot.”

I really enjoyed the time flashbacks. They were well done, not too long to bore me to death and very helpful in understanding everything that unfolded between these two men. I liked Finn and Brantley in the past as much as I liked them in the present, so, I wouldn’t have minded to read more about them in the past.

I think both Finn and Brantley were well enough developed. Both of them were endearing. I really enjoyed their characters, but what I really, really enjoyed was the intensity between them.

What it didn’t work for me was how underdeveloped the plot was. In fact, there really wasn’t much plot here. I think I had expected something more or something else, because in the end I felt a little disappointed. To be honest I expected the story to be filled with more angst and drama. I don’t enjoy every angsty book I read, but I really think here the story would have been better (for me) if it would have had a little more excitement.

That being said, I still think this one was a good read and I’m looking forward to read the next book in the series.

“Who have I always belonged to? Who should I always be with?” Brantley knew exactly which point that was.
“Me, Finn. You’re mine and I’m yours. Always,”