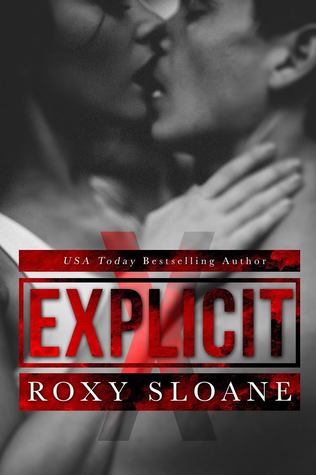 "I’ve told you I’ve fantasized about you. So, tell me the truth. Do you fantasize about me?”

Bestselling novelist Jackson Ford is arrogant, exacting, and relentless on the page and off. His irresistible new editor, Ellie Parker is smart, headstrong, and not intimidated by Jackson's attitude - or the way he turns every exchange into a filthy seduction.

There isn't a thing these two can agree on, except their intense attraction. But with Jackson's deadline looming, can they stop fighting long enough for him to deliver the hit she needs?

The relationship between editor and author has never been so intimate or so explicit...

➦His books have been declining in popularity and Ellie tells him in nice terms what she thinks – “your work sucks, let’s make it better together.” From their very first e-mail exchange I was hooked…. and somewhat outraged 🙂 It was very interesting to see their relationship evolve and how Ford drew his inspiration from Ellie.

➦The book was well paced, there were, however, some unnecessary descriptions of dinners that I would have preferred to not be there. The plot was rather predictable but it was executed nicely and if you are looking for a quick romance with steamy scenes and some angst – this one is for you!