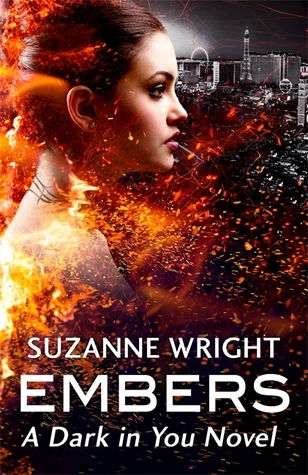 Embers
Dark in You
Suzanne Wright
Paranormal Romance
July 3, 2018
No, it cannot.

Harper and Knox are back and better than ever! The fourth book in Suzanne Wright's globally bestselling The Dark in You series is not to be missed.

The final horseman awaits . . . and the stakes have never been higher.

With the birth of their son, Asher, Harper and Knox are both more powerful and more vulnerable than they've ever been before. Asher's charm has seduced even the devil himself, but Harper knows that the real villain is still out there, and as desperate as ever to see the Primes fall. They're laying low, and there's no way to tell which one of their circle is really a deadly foe . . .

When the final horseman makes their move, Harper and Knox will have to use all the considerable power at their disposal - and that may even include Asher's mysterious abilities. One thing's for sure - this is a baby who's more than a match for any demon coming after him.

It's time for the world's most formidable family to take the fight to the enemy . . .

THE DARK IN YOU series:
BURN
BLAZE
ASHES
EMBERS

Everything I wanted…and more…

If you follow my reviews at all, you know I adore Suzanne Wright’s books.

I have also made it pretty clear that I am 100% unable to judge them objectively (not that any review by anyone is truly ever objective – but that’s a completely uninteresting philosophical discussion we can shelve for another day…thank God).

As I was saying.

This was me when I saw this book was coming around…

…complete with teenage girl squee-ing and jumping around whilst singing, “Knox and Harper, Knox and Harper!!!” into my hair brush microphone.

Okay, maybe not THAT that bad, but you get the idea.

Let me just say that this book was legit awesome.

Knox (swoon) and Harper (my spirit twin) were as magnetic and amazing together as ever and Asher was just adorable. I could read about them forever.

They are my favorite couple of ALL TIME.

I would stalk them for all eternity.

So, although it pains me to say that Wright said this will be the last Knox/Harper book…she also ending it by saying, “now for the side characters…”

You know what that means…