One unexpected and wild weekend with Weston King, and I'm a new woman. He, on the other hand, is the same rich, notorious playboy he's always been. In other words, not the commitment type.

So even though we had fun those two days and nights, I moved on quickly from our horizontal time together. Or I thought I did until he offered me a job a month later at his firm in NYC. Can you blame a girl for thinking we might have a chance together?

What I didn't anticipate was Donovan Kincaid, Weston's best friend and business partner. He's dangerous and dominant and gets under my skin in ways that no other man has.

Dirty Duet #1
Part of a Duet

Dirty Duet #2
Part of a Duet 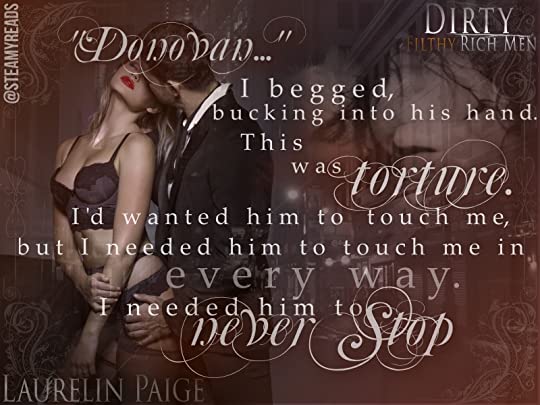 ➦I just want to start out this review by saying that this book is definitely not for everyone. For those who can’t tolerate anything about rape fantasies – stay away, I suppose. Not gonna go into a discussion about morality – you decide if fantasizing about rape is morally acceptable for YOU. And this is fiction. So there’s that.

➦‘Dirty Filthy Rich Men’ actually managed to somewhat surprise me. Donovan… This alpha male hero is amazingly refreshing. He’ll leave you drooling and begging for more. He is both IN and OUT of control. He’s a pushy douchebag, so I think I’ll award a couple of these: 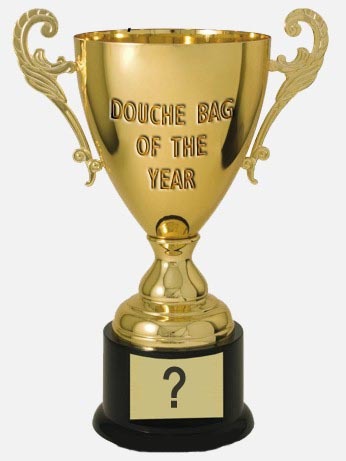 ➦But god damn, he’s sexy. First of all, a suit… my weakness… But he’s also mysterious, a bit tortured and all kinds of forceful in bed. The latter, of course, really floats this heroine’s boat. To each their own, and all that jazz.

➦I suppose you could say that this heroine is a bit of a pushover. But then if a version of this came up to me 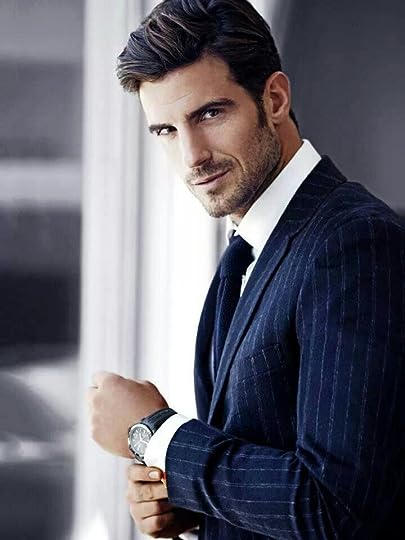 (yes, I know this picture has been used a million times lol but I lurve it.)

SO yeah, as I was saying…. if this specimen came up to me and twisted my nipple (literally)… I’D BE A GONER TOO.

But that’s if I were in this heroine’s shoes. lol

But anyhow, her weakness for Donovan didn’t bother me.

➦I sympathized with her, actually. At first, she wanted the sex because she couldn’t get that kind of sex from anyone else. But after a while, of course, she couldn’t help but get attached.

➦Totally would, I just don’t want to spoil the story for you 🙂 So read it if you like hot, dominating, and tortured alpha asshole heroes who wear a suit 24/7 and like it rough in bed . Or read it because you like fantastic writing, which Laurelin paige, no doubt, delivers here. Or… or read it because of the cover. Because, seriously…

Note: This is a first installment of the duet so there’s a bit of a cliffy at the end. No worries, it won’t make you want to rip your hair out. Unless you’re a really really impatient person. 🙂

After she was gone, I walked over to the windows and drank in the scene. The Town Center was high enough that it had an unblocked view of downtown Manhattan, Brooklyn, and beyond.

Giddiness surged through me, starting like a pinprick at my center and moving out through my veins in all directions until even my fingers and toes felt warm.

I was really here.

It wasn’t the way I thought it would be, but in the end, it still came out of my time at Harvard. I’d always known that connections made the difference in a career, and here I was. Finally. At the top of the world, looking out.

“It’s incredible, isn’t it?” a male voice came from behind me.

Still smiling, I glanced up and caught his reflection in the window.

The world that had buzzed below, the beautiful scene, the excitement that had unfurled through my body—all of it evaporated and all that existed in its place was a pale, hollow shell of myself and the man in the perfectly tailored suit behind me.

I turned to look at him directly. Our gazes smashed together, and my legs nearly fell out from under me.

“Donovan,” I rasped. It was a miracle that I managed to find enough voice to say that much.

And there was so much more that had to be said. So much more that I hadn’t prepared for. Which was ridiculous since I’d talked to him so many times in my head over the years, practiced so many conversations, but never did he show up out of the blue looking so dastardly handsome in a dark gray three-piece suit, his face rugged with scruff, his eyes hazel and earnest despite the playful smirk on his lips.

I opened my mouth to say something, but nothing came out. I wasn’t even sure how to breathe anymore.

He broke our gaze to nod out the window at the skyline, walking toward me as he said, “I’m sure you found the Empire.”

Though his focus was now on the scenery, I didn’t take my eyes off him as he approached. He didn’t stop until he was right beside me. So close our shoulders would touch if I coughed. Tension ran off him like foam spilling over from a mug of beer. Good tension. Bad tension. I wasn’t sure if there was a difference when it came to Donovan.

Which was why I was screwed if he was here.

Why the hell was he here?

“I thought you were in Tokyo.” I couldn’t stop staring at him. He’d gotten more refined with age, and rougher at the same time. His hair was short and his curls gone, giving him a polished look he lacked before. The lines by his eyes were more defined and his expression seemed harder than I’d remembered. It made him sexier.

As if he was a man who needed to be sexier than the one I knew.

“I came back two months ago,” he said offhandedly. “That’s it right there.” He leaned his face in close to mine as he pointed to the famous structure. “Do you see it?”

Fuck if I cared about the Empire. I was in Donovan Kincaid’s orbit. What else was there in the world?