Blaire has never quite gotten over Jessie Beckett, the ex–NFL star whose kisses were hot enough to ignite the entire Eastern Seaboard. When he chose work over her, Blaire was left brokenhearted. Why else would she have married a skeezy two-timer, just to divorce him less than a year later?

Now Blaire is getting even by becoming one half of Dirty Exes, a PI firm fully committed to humiliating cheating jerks. If only the new jerk she’s been hired to uncover wasn’t Jessie Beckett himself.

Exposing Jessie isn’t going to be easy, especially when she still daydreams about his sexy smile. Further complicating matters is Colin, Jessie’s best friend. He’s gorgeous, a little bit cunning, and willing to help Blaire get the inside scoop on Jessie—for a price.

A quick recap for the holiday weekend…
A story about a woman, Blaire, who lost a great love to football dreams, replaced him with a safe bet that ended up breaking and shattering her heart by cheating on her. She forms a company to find and call out cheaters with her new best friend. She never thought she’d be investigating her lost love, the ever great NFL Star Jessie Beckett. She unexpectedly receives help from his best friend, Colin, as he is always at the right spot at the right time.

Overtime investigating Jessie, his soon to be ex-wife claims he is cheating on her, Blaire finds herself stuck between being potentially “the other woman” and the private PI trying to determine if he is indeed cheating on his soon to be ex. Little does Blaire know that the attraction she still feels towards Jessie, the one that got away, may just be that an attraction. Does her real desire lie somewhere else. With someone that is kind, loving, insanely hot, richer than rich, and someone that she has no doubt, isn’t cheating?? I kinda wasn’t a fan of the back and forth emotions, however I get them, and I completely 110% agree with Blaire’s decisions. It was interesting to watch Blaire follow her heart, all in a good way❤

This was a fun, humorous read. It was a read that kept me interested, and laughing and swooning. I love RVD books, I’m definitely adding this one to the like pile =)))
I can not wait to see where Rachel takes this series next, although I’m pretty sure I know ? 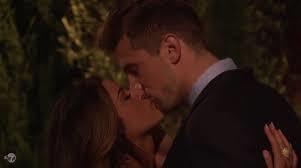