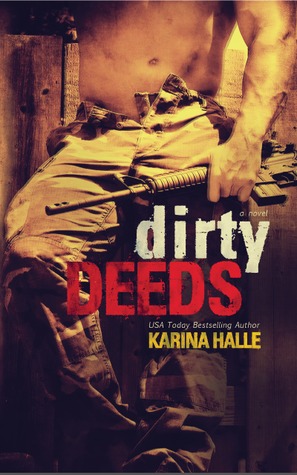 As a flight attendant, Alana Bernal has had her share of suitors. She's also had more than her fair share of tragedy within her messed-up family. But what she hasn't had is love. Real, rip-your-heart-out, tear-your-clothes-off, all-consuming love.

At least that was the case until she met an American tourist, Derek Conway, a ripped ex-soldier with steely eyes and a commanding presence.

What started as a chance encounter between the two in Puerto Vallarta, a weekend full of hot sex and mindless passion, has led to something more.

Because Derek isn't the type of man to fall in love. He's not a man who sticks around.

And he's definitely not in Mexico on vacation.

Derek is a mercenary, a killer-for-hire, a man who does the ugly jobs for the highest bidder.

Unfortunately for Alana and Derek, the highest bidder has the power to destroy whatever worlds they have created for themselves.

The highest bidder can destroy everything.

*This is a romantic suspense book, #2 in the Dirty Angels trilogy but can be read as a standalone novel* 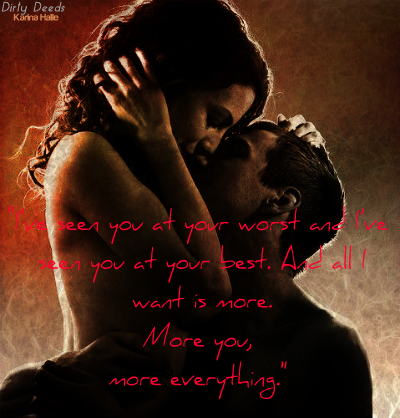 Karina Halle delivered another great installment in this series, this time, a more suspenseful one that features Alana Bernal, Javier Bernal’s younger sister, the hero antihero from the previous installment. While I didn’t enjoy this one as much as the previous installment, I liked it enough for me to give it 3(ish) stars. In my opinion this second installment had a lot of potential. I liked the premise, very intriguing and the writing was great, most of the time flawless, but I would have wanted the plot to be a little more developed at times.

Derek Conway is a war veteran, now a mercenary for hire, a trained assassin for the highest bidder. He changed “jobs” after his wife was killed in front of him years ago. Since then he became a shell of a man without caring for anything or anyone. When is hired to take out Alana Bernal, he is taken aback by her beauty and innocence. His protective instincts start to show the instant he lays eyes on her and all he wants is to keep her safe. Alana is the sister of the most notorious drug lord in Mexico. She doesn’t have a close relationship with her brother trying to live a “normal” life, working as a flight attendant, having some close friends etc.

Derek is ready to do his job, until he witnesses how Alana survives a horrific hit and run. He was fascinated by Alana before and also very curios to find out what had she done for someone to want her dead, but now he’s willing not only to find who wants to harm her, but also to protect her.

This second installment was not as exciting as the first one. At least not to me. Like I mentioned above, I liked the premise and I also enjoyed how the suspense aspect was done. While the story didn’t keep me at the edge of my seat liked the previous book in the series, I found it interesting enough.

I liked both main characters. Both these two characters’ backgrounds were well developed and both of them were portrayed pretty well. However, to be honest, I expected Derek to be portrayed as a darker character than he was. Since he’s a mercenary for hire and everything. I liked the way he was with Alana, but I expected for him to be more conflicted about…everything since he does what he does for a living. Also his “transformation” from anti-hero to hero wasn’t believable at all. Not to me, because the relationship between these two unfolded in a very short period of time. And that’s why I thought the romantic aspect was underdeveloped. Needless to say I didn’t feel too much chemistry between Alana and Derek. I liked them together in some way…their tenderness and everything, but I can’t say I connected too much with them as a couple.