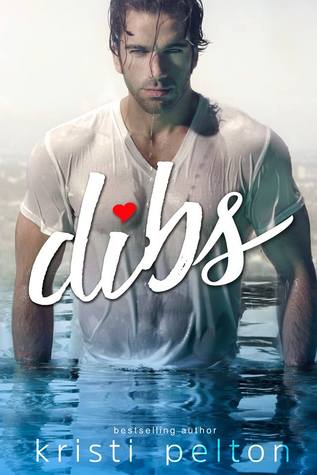 Dibs—a game that spanned over two decades between three friends. My best friends, Juls, Kat and me. It’s easy. One girl calls dibs on a guy making him off limits to the others. It’s a game of ‘what if’ and who saw the hot guy first. Honestly, the ‘dibs’ guy never panned out…yet. But it was tradition and you never screw with tradition…

I’m Dr. Samantha Williams—queen of banter, following rules and divorced from the biggest ass in ex-husband history. Fighting hard to swallow my OCD ways and get lost on a luxury cruise liner for 12 days—all for the sake of friendship. Yep, drinks and dibs!

A wedding party going on a cruise together? Come on! Get real. 12 days of torture! I’m Mac McAllister – I don’t discuss my past. I’ve never done relationships. Rules? What rules… Yet, the moment that woman walked away from me after putting me in my place, all I could think was—challenge accepted. Who did she think she was? I’ll tell you…she was a woman that slayed me with her smile and murdered me with her wit… She may not need me, but after all these years, I finally needed someone. It was her.

Mac McAllister is about to learn the rules of Dibs.

The game of Dibs is about to change.

A rather entertaining book.

➦A 40 year old OB/GYN goes on a cruise with her girlfriends and meets the man of her dreams. After spending her vacation with him she wants more, but he doesn’t. He has a secret.

➦I would have liked the characters to reveal more about their past/current lives while they were getting to know each other. It felt very physical, which I didn’t mind, by the way. I just wanted more depth, I guess.

➦There were times where transitions from scene to scene were rather abrupt. For example, the heroine gets on a plane and has anxiety attack. The next paragraph starts describing the town she arrived at. Um, ok, a little sentence to transition would be nice. I noticed a couple of such instances in the book.

➦I would have given the book 4 starts, but the ending was rushed. It almost felt like the author was a bit exhausted and just wanted to get it over with. But the endings are very very important for us readers! And even though it was a HEA I was not completely satisfied!