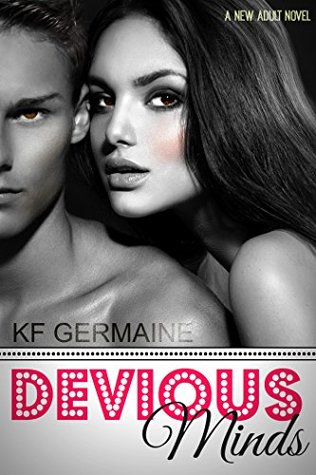 A New Adult Comedy
When Sydney Porter transfers to Northern University, she’s ready to put her past behind her. Landing a job on campus as an irreverent radio personality, she uses the anonymity to air all the campus dirty laundry—earning the infamous Sunday Lane more than a few enemies. But her true passion is spinning records, even if Drunk Earl is her biggest fan.

Sydney’s junior year kicks off with the promise to be amazing. Or at least it does until Gray Peters, hotshot quarterback, unexpectedly reenters the scene. His presence threatens to destroy everything she has going, as well as resurrecting a night Sydney never wants to remember or repeat. She’d run away like a coward, but this time she's determined to stay and fight.

A twisted battle of wit and trickery ensues, with one common goal—vengeance. Sydney and Gray set out to make each other miserable. But misery loves company, and soon, walls are destroyed and truths are revealed that could change their future forever. 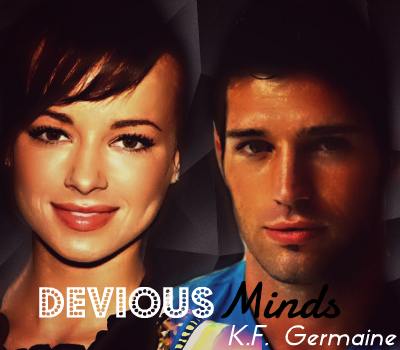 ”Pressing my palms down against her ears, I closed my eyes. Because if DJ couldn’t hear and QB couldn’t see, the next words out of my mouth wouldn’t be real. “I love you, Sydney Porter.” When I opened them, she gave me another thumbs-up. Then she said, “I loathe you too Gray Peters.”

“Devious Minds” was such a fantastic read! This one was definitely one of the best college romance novel I have ever read. It was entertaining from start to finish and I couldn’t put it down. I devoured it! I never wanted to finish. Many would say this is your typical college romance/drama, but I have to disagree. Yes, of course some ‘elements’ are the same, but what was different, at least for me…was the flow of the story. It was simply fantastic! Needless to say, I more than enjoyed this story…I f@cking loved it!

Meet Sydney Porter, our heroine who recently transferred to Northern University. A few things you have to know about Sydney:

* she’s a mama bear when it comes to her little brother, Jack
* sometimes she becomes Sinister. ( and before you ask, no…she doesn’t have a multiple personality; she works as a DJ in a club – DJ Sinister)
* she’s a radio personality/partial celebrity at Northern when she becomes Sunday Lane – a cheeky, no-filters personality who picks apart university flaws and campus morons. No one knows who is Sunday Lane, so Sydney can insult everyone without receiving death threats. (She’s a Lucky b#tch!)

Meet our male main character, Grey Peters. Grey is the football quarterback and Jack’s (Sydney’s little brother) new ‘friend’ since he was paired with him by their coach.

As the story progresses we find out that Sydney and Grey hooked up two years ago when Sydney came to visit Northern. How they met and what happened after the ‘big night’ when Sydney lost her virginity with the good looking QB are also revealed as the story unfolds. Neither of them forgot about the other, but this doesn’t mean they share hugs and kisses. Ohhh…no!! Sydney is bitter, she wants revenge so it’s game on…and the war begins.

“This is how we play, Sydney. It’s Porter and Peters at one another’s throats.”

This book was simply hilarious! It was funny, it was sexy. Half of the time I LMAO and the other half I had a smile or a grin on my face. I loved every aspect of this story. The pace of the story was perfect and the writing so damn entertaining. The pranks between these two were smart, witty and maybe just a little harsh. Well, I’m glad they didn’t go too far.

Both Sydney and Grey were such endearing characters. Their character development was remarkably done and I had so much fun being in their heads (the story is told in dual POV, which I loved it). Sydney is my new idol! I’m not kidding you. This girl was the sh#t. She was such a feisty spitfire. She’s smart, sometimes crazy, a little weirdo at times, but I loved the hell out of her. You will certainly love her ingenious retaliation.

She is sweet and caring with her brother and later also with Grey. Overall she was a fantastic heroine.

Grey was likeable and yummy (even when he was an a$$) and fun and the perfect match for Sydney. He never was portrayed as your usual jock, he’s actually a smart guy having as his major Art History. I loved these characters individually and I loved them together as a couple.

“The elevator filled with the sound of glorious wet slaps of skin against skin. We were animals. Tearing one another apart. Groaning and grunting into one another’s mouths, only to pull away to mutter out a fuck or a yes every few seconds.
It was rough. It was primal. It was incredible.“

They were sweet, sexy, they were fun. Their interactions between them were great and I loved the witty dialogue that held my attention until the end and made me laugh my a$$ off. The supportive characters were entertaining as well and I wouldn’t mind this book to be the first in a series. I also have to mention Jack, Sydney’s brother who cracked me up every time he opened his adorable mouth.

”People used to throw balls at my head in school. Balls were always flying at my face, hitting my mouth. Once I got a ball in the eye. So one day, I just had enough of balls in my face. So instead of letting them hit me, I started grabbing them. I was so good at grabbing balls it became second nature. I could smell balls before they came at me.”

Overall, this was a fabulous enemies to lovers story, so if you want something funny, with great characters and entertaining dialogue try this one and you won’t regret it!