Ryan:
I was a son,
A friend,
A brother,
A psychopath.

Eighteen years of being in a psyche ward; I was released into the world. Things have changed, Blake is married to Melody and is a father to my new fixation, Cereus. My beautiful niece who knows nothing of my existence. When consequences of past sins begin playing tricks on me, old cravings demand to be satisfied.

There is no cure for my kind of sickness.

I am void of everything but obsession.
I can’t love,
I can’t feel,
I am Desolate.

Warning: this book contains dark themes and explicit sex, read with caution. Desolate is the second book to the international bestselling title, Empathy. Please read book one to truly enjoy this title. 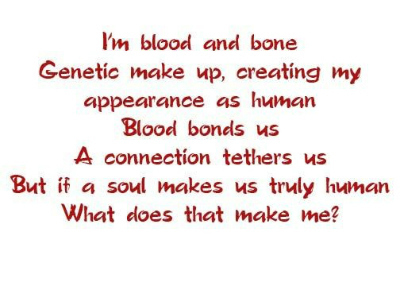 Told from three POVs, “Desolate” is an intriguing story that hold my attention from the beginning. While I enjoyed Blake and Melody’s POVs, I loved being in Ryan’s head, a psychopath killer, an evil, ruthless man, a man without a heart, soul or a conscience. “Desolate” was dark and twisted and I loved every minute of it.

“I only ever feel a release from the empty darkness consuming me when I feed it by inflicting some form of hurt or humiliation on another.”

The story is set 18 years after “Empathy”. Blake and Melody are happily married with a beautiful and smart young girl who’s 17, Cereus. They are happy, successful and they want to try for another baby. Ryan has been locked for the last 18 years in Psychiatric Institution. All these years he manipulated the nurses and even his doctor. He did what he loves the most, he played with their minds.

They think he poses no risk to the public, so he is released. He knows Blake is married with Melody and he knows about Cereus as well. He needs to know her, be in her presence, so he goes after her. Blake finds out his brother was released, but wanting to protect Melody he chooses not to tell her about it. 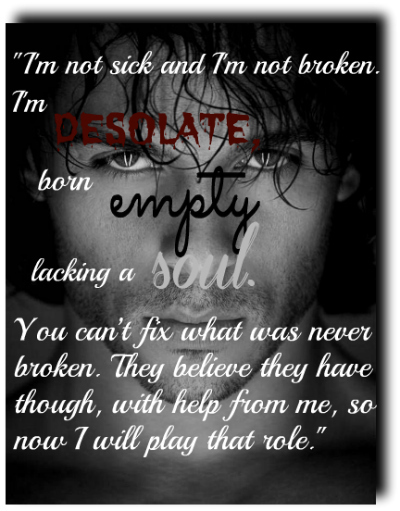 Ryan gets to know Cereus. He likes her, he likes how she thinks and her personality. He admires her and he knows she is different. If in the past he wanted and tried to hurt Blake and Melody, he doesn’t want to hurt Cereus. He doesn’t hate her like he should and he treats her as if she’s his equal and that’s a first for him.

“Cereus becomes the only one left in color amongst the darkening fog that is me threatening to devour the world. She’s different; she has my blood in her veins.”

I really enjoyed this second book in the series. Maybe even more than the first book. First and foremost, I must admit I was expecting something darker. I know, I know, this was a dark enough read, but I expected something different. This doesn’t mean I didn’t enjoyed it. I loved the twist and turns. I didn’t see them coming, I didn’t expected the story to progress like it did.

Like I said, being in Ryan’s head was fascinating. Not only he’s manipulative, but he also is charismatic. He’s smart, he knows how human mind works and he knows how to get what he wants. In my humble opinion, Ryan was portrayed very well as a psycho. Now, I’m not an expert, but I read enough dark/twisted/disturbing books, to say this. Ryan remains a psycho till the end, but he also has a human side. He’s “more human” with Cereus that he is/was with others. I must say I liked Ryan and Cereus’s relationship – how they are with each other, how easy they talk with each other. What I didn’t expect was (view spoiler) But I liked it!