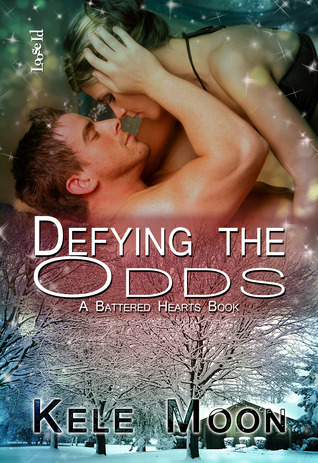 When struggling waitress Melody Dylan gives a handsome, lonely stranger a simple gift she has no clue her life is about to take a drastic turn.

The stranger ends up being Clay Powers, a famous UFC heavyweight fighter. Clay’s large build and dangerous fists have always intimidated. People in his hometown keep their distance and Clay is fine with that. Everything changes when a new waitress at the local diner buys him a piece of pie on thanksgiving. Touched by the gesture when it’s obvious she can barely afford to survive, her warm smile and lush body churn up powerful feelings that leave Clay wanting more from her than pie.

Melody is running from her past and the small, country town of Garnet is the perfect hiding place. With an ex-husband after her and scars from her abusive marriage etched deep, the last thing she expects is to fall for a man who makes a living with his fists, but she can’t resist Clay or the tender connection they share.

Finding love in the most unlikely of places, the passion is undeniable, but Clay and Melody know their haunted pasts and unpredictable futures leave the odds stacked against them.

I find myself in an odd situation here…because I finally read this book (book one of the series) AFTER reading books two and three.

I have no idea why, but oddly enough I’m actually glad it went that way because this book turned out to be my least favorite in the series. I still liked it, but I actually think having read the two books following it made me like this one more because I went in knowing–and appreciating– a lot more about the characters. So imagine if I had read it first…

This book was refreshing in the sense that the two main characters don’t really play any games. They like each other right away and they kind of let each other know that right away; however, there is a lack of depth to this story that is not present in books two and three.

In short, I hope this book doesn’t deter anyone from continuing with the series, because book 3 is worth it all by itself IMO.