Normal is not something Ryan and Cereus have ever been, where’s the fun in normal?

When Cereus’s dreams follow her into the waking hours, she has to come to terms with the fact, Ryan is not the only monster in her madness.
That she herself… can be just as deadly.

“When you’ve become lost to the undercurrent of the darkest sin, it’s your choice whether you drown or fight to the surface and breathe.
The pull to the dark side has always been…
DEADLY”

If you’re familiar with this author’s stories you know what to expect starting this book – something dark, twisted, disturbing and in this case bloody. So it goes without saying “Deadly” by Ker Dukey is not for everyone. This short installment fallows the characters from the previous book – Cereus and Ryan.

We know both Cereus and Ryan are not so..normal. They are different, they are dark, they are sick. For three years Ryan gave Cereus something she desperately crave it, a world where she could be free, a life where no one but them mattered. In all this time he showed her the world, his world, a world where everything was dark and consuming.

“He gave me everything but him completely and my body ached along with my heart for him to fully devour me.” 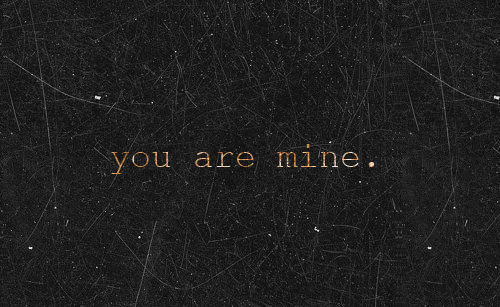 With Ryan, Cereus feels complete. He understands her like no other and she knows he loves her in his own way. Even if he has some strong feelings for her he likes to taunt and provoke her. She is aware of the fact all this time he gave her everything. Well, almost everything since he didn’t give her what she really wants – his body.

“…maybe what I feel for Cereus is only a fraction of what others feel when it comes to love but it was powerful, and overruling everything I wanted for us.”

Everything is perfect in their world until something happens, until someone manages to destroy their ‘perfect’ dark world.

Even if this was a short read, it was as dark, raw and bloody like the previous books in the series. The story is told both in the past and in the present and while I’m not of fan of this kind of storytelling, in this case it really worked. The story was definitely more interesting and more addicting this way. Mrs. Dukey did a great job portraying two characters who are sick, who have depraved minds, who kill (almost) without remorse, – two fascinating sociopaths. Cereus and Ryan’s characters are well developed despite the short length of the novel. They were captivating so say the least and they almost blew my mind with their actions. I enjoyed the pace pf the story and the fact everything was so unpredictable. “Deadly” like the other books in the series left me wanting more and honestly I never expected that ending, so needless to say I’m looking forward to read more about these characters.