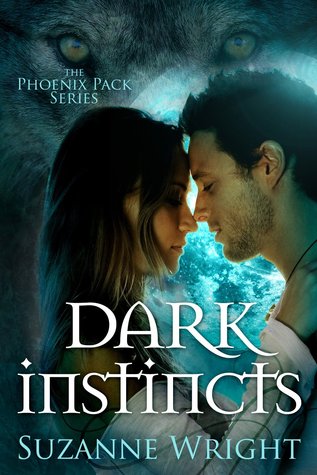 It happens whenever wolf shifter Roni Axton is near Marcus Fuller: a crackle of sexual awareness that’s intoxicating…and deeply annoying. Marcus is a pack enforcer who oozes power, but Roni is lethal in her own right—nothing like the flirty females who flock around him. Even still, his possessive gaze makes one thing clear. Marcus has singled her out for seduction, and he wants to make her sit up and beg.

No matter how aloof and unfazed Roni acts, Marcus can tell she wants him. When a brutal attack by a jackal pack forces them to work together, it’s the perfect opportunity for Marcus to chip away at her defenses—until he falls into his own trap, completely unprepared for the intensity of their connection. Roni is the only one who’s ever seen past his shifter charm and discovered the man hiding beneath it. And for Marcus, claiming Roni once will mean needing her forever.

Believe it or not, I went into this book with absolutely no expectations…but definitely with some caution. Looking back though, I think a lot of my disappointment with that book can be attributed to too high expectations.

We all know how that goes. You look so forward to a book as a result of series build-up that it just never seems to deliver.

With that in mind, I went into this one knowing I might love it…

So color me happy that we landed somewhere on the higher side of the middle.

This book brought fun from both the Phoenix and Mercury packs and we got to hang out with all our favorite shifter peeps. We got some good old Greta-isms, some witty group banter and, but of course, some more awesomely cheey one-liners from my boy Dominic.

Going into this one, I was very curious to see how Roni would end up characterized in her own full length book.

In my review for Wicked Cravings I make mention of how similar Jamie was to Taryn, our Alpha h from book one. They were not carbon copies, just…eerily similar.

In fact, if you have read Wright’s Deep in Your Veins Series, you might find that Sam is also a lot like Taryn and Jamie…and perhaps Shaya too…

Needless to say, I was starting to wonder if perhaps Wright could only write one “kind” of lead female. Thankfully, Roni is definitely her own person, her own character, and quirky in her own singular ways – which I really enjoyed.

I was also curious to see how Marcus would be portrayed.

In the first book, during the ending menage scene with Taryn and Trey – and all his enforcers (a scene I could have probably done without if I’m honest – and which was apparently edited out of later editions for those of you who have no idea what I’m talking about), Trick and Marcus go all m/m on each other…which is TOTALLY fine by me…

…but after that it was never mentioned or referred to again…

…which made me wonder if Wright had regretted including it and was just gonna pretend it never happened. In short, while not my favorite book in the series, Dark Instincts was a very enjoyable read and I think readers of the series will enjoy its addition.

But what I really want?

****An advance reading copy provided via NetGalley in exchange for an honest review.****