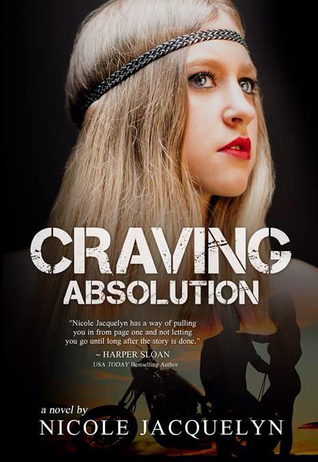 Farrah Miller and Cody “Casper” Butler have a longstanding relationship that both refuse to discuss.

It may not even be classified as a friendship.

Casper’s been saving Farrah from herself for longer than he’d care to admit, watching silently as she drowned herself in alcohol. Then, when she finally got her act together, he left. He told himself he was giving her time to sort herself out. He tried to give her space.

But getting shot in the chest can change a man’s perspective, and Casper’s done waiting.

When he shows up on her doorstep one night, everything changes.

He’s the man who’s seen her at her very worst.

He runs when things get hard.

She never lets anyone see below the surface and is terrified of being abandoned.

He knows it’s a long shot, that there’s a good chance she’ll never drop her guard for him—but he has to try. Because a life with Farrah is exactly what he wants—even if he has to fight her for it.

Anyway, after another go-around I have decided this shit is 5 stars.

Just like the last book in this series, [book:Craving Redemption|18596498], this book started off with a bang. It drew you in with an awesomely exciting prologue that made you all giggly and fangirly inside about the awesome book you were about to read. Fuck you, dear reader, we are now going to let that carrot of a cliffhanger dangle while we totally leave you in the lurch and rewind this VHS tape. I hate this. I hate when authors do this. Especially when the build up to the moment-you-now-already-know-is-coming falls short of the mark, which sadly to say was the case here for me on this one.

Don’t get me wrong, I liked the story enough. I LOVED Farrah (most of the time), and Cody was okay (although I wanted to smack his dumb ass sometimes too).

But regardless of how much I liked certain aspects of the story and characters, I just can’t help being left with a feeling of disappointment that the rest of the story (mainly the ending and everything that happens after the awaited moment-you-now-already-know-is-coming) didn’t live up to the promise of the prologue. For me anyway.

Maybe upon a re-read I will love it more. I still love this series though and can’t wait for the next one.