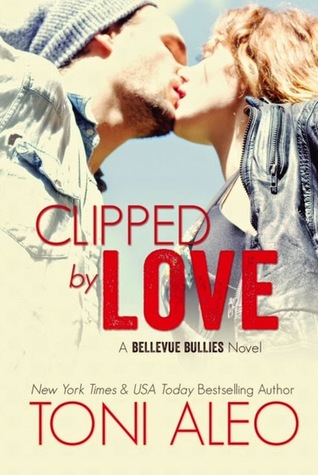 Things are heating up for the Sinclair boys! With one already in the NHL, Jayden Sinclair is hoping to be next!

This has been the toughest year of my life. I watched my brother go into the draft without me, my mom got divorced, and the weight of my family’s issues is heavy on my shoulders. I feel like it’s my job to fix everything while working my butt off in school and trying to make my game better. I have to go into the draft. It will give my family the support they need, and it will prove that I’m good enough. But to get there, I have to show I can be the best captain for the Bellevue Bullies. The spot is mine—no one can take it. First though, Jude is making me go on a brother’s weekend. Innocent enough, I guess…until I see her. She’s the biggest competitor I’ve ever faced. Not only for my spot but also my heart. It’s hard to ignore someone like Baylor Moore.

I don’t lose. I can’t. My dad has bred me to be the best in anything I do. I am driven, I am smart, and I am going to be the first woman in the National Hockey League. No two ways about it. I’ve worked too hard. I’ve been through too much not to have what I want. I know I can do it. I will make my dad proud, and no one will stand in the way of that. That is, until I let him in. He scares me. He makes me feel. And he could very well be the one person who can make me want more than just to win.

We both have the same goal. Victory. But how do you compete against the person you want to win? It’s not easy. Love isn’t something you can control. It isn’t like a puck that can be handled by a stick. No, it has a mind of its own and does what it wants.

Neither of us saw it coming, and we really don’t know if there is a way to score, especially when you’re being Clipped by Love.

Sooooooo, this is me after right now after finishing this book:

Also known as, kind of happy…

…and just plain not sure how to feel about that.

So before I get in to the things I’m not quite sure about, let me start out with what I do know:

I have read everything this woman has put out and I feel like her writing just gets better and better with every book.

For serious though, she could crap on some college ruled notebook paper and I’d be like, “Ooooooo, please let me see!”

I LOVE her Assassins Series and I ADORED the first Bellevue Bullies book.

Holy hot sex on a stick, Batman, we must activate the Bat Signal and request that Jayden come hither.

I loved Jayden so much, I wanted to pull him right out of this book and away from—

We shall get to that later.

These two were such a cute little duo of deliciousness.

Seriously, I just wanted to put them in my pocket and carry them around in perpetuity.

Other than that, the story line was decent – if somewhat slow moving – and the sex and chemistry between Jayden and Baylor was off the charts steamin’ hot.

Because that’s just how Aleo rolls.

For those of you who follow the “if you don’t have anything nice to say, don’t say anything at all” rule and/or fall into the “I have no sense of humor” category? 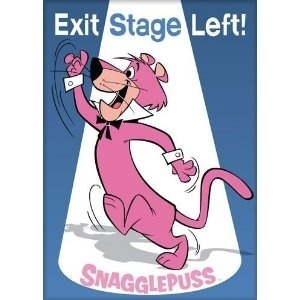 Cause I’m about to lay down some of my feels.

First and foremost, I would like to say this:

If I knew people who fucking winked as much as these hockey studs do, I would start to think they had a medical condition.

For real though, one of my best buddies at work has Tourette’s Syndrome and sometimes he winks his eyes so much you would think he’s trying to use his eyelashes as wings and take flight.

He laughs about it and will ask me if he’s “Peter Panning” and “flying to Neverland.” Which is almost as awesome as the time he randomly spouted “I’m going to Rome bitches” during a work briefing…

For serious, these folks winked so much…

In fact, it was almost annoying.

Most certainly annoying though?

A more childishly, bratty, immature whiner masquerading as a grown ass adult I have not met.

Reading a scene with her in it was like watching a toddler throw a tantrum in the cereal aisle. 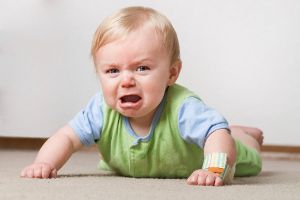 ^^^If this book were made into a movie, just put some red lipstick on this poor kid and hand him a hockey stick and he legit could have played Miss Baylor Moore.

I could not stand this chick.

And I wanted bad things to happen to her.

If she wasn’t whining, throwing a tantrum, acting like a total raving bitch, or making Jayden feel like shit, she was (view spoiler).

Now, I was no (view spoiler) by any means…

But if some crazy ass bitch (view spoiler)

I mean seriously though, how totally rude and just plain selfish can you be?

By this point in the story, what with my abject hate for she-who-shall-now-be-referred-to-as-the-c$&t-who-stole-my-Jayden, I was barely hanging on to that fourth star.

Sorry, I just didn’t like that ending AT ALL.

To each their own, I can totally seeing people loving this ending – and for good reason.

It was just too sticky sweet for me and the rudeness factor – especially after her behavior throughout the book – just made me want to F someone up.