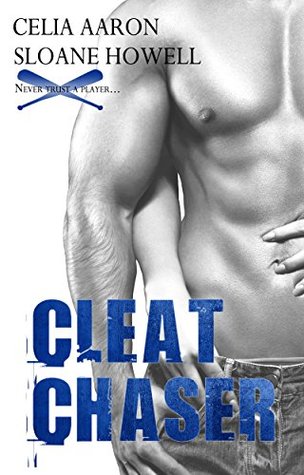 Kyrie Kent hates baseball. She hates players even more. When her best friend drags her to a Ravens game, she spends the innings reading a book… Until she gets a glimpse of the closer—a pitcher who draws her like a magnet. Fighting her attraction to Easton Holliday is easy. All she has to do is keep her distance, avoid the ballpark, and keep her head down. At least, all that would have worked, but Easton doesn’t intend to let Kyrie walk so easily. When another player vies for Kyrie’s attention, Easton will swing for the fences. But will Kyrie strike him out or let him steal home? 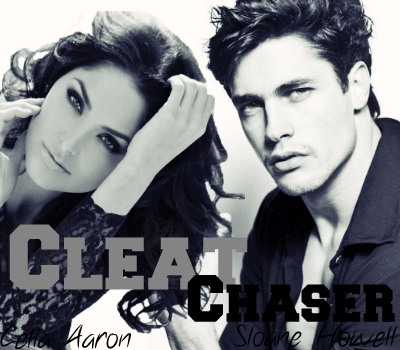 “…it’s time for you to suck it up, buttercup. Nothing wrong with being a cleat chaser like me.”

‘Cleat Chaser’ certainly is that perfect book to read between two heavy emotional reads. Why? Because is fun, because is light, because it doesn’t have unnecessary angst and drama. Fast-paced and enjoyable, this one was a great blend of steam, humor and romance and kept me entertained until the end.

“That cute little giggle of yours is going to get you fucked.”
“Promise?”

Kyrie Kent is a magazine editor. She doesn’t look to get involved in a relationship anytime soon. Why? Because her world crashed down two years ago when she found out her fiancée, a baseball player cheated on her. Needless to so she’s not interested in any kind of relationship with the opposite sex. After everything that happened, Kyrie has serious trust issues, hating baseball and everything related with it, including baseball players. When she meets Easton Holliday, the pitcher for the Ravens can’t deny the strong attraction she feels towards him, but she can’t forget what Easton does for a living.

“I leaned back, away from danger, away from the certain pain that getting involved with a man like Easton would bring.”

From the moment Easton laid his eyes on Kyrie he knew he has to have her. In his bed. Immediately. And maybe out of bed as well. He knows he has to make her his and he will do anything to accomplish that. Knowing very well Kyrie is different from any other woman he met, Easton is very persistent and he’s determined not to give up on our heroine no matter what she says. While Kyrie slowly realizes Easton might be different than her ex she first has to deal with her past in order to start something meaningful with the sexy blue-eyed pitcher.

“Though it was foolish, and I was certain I would regret it, I took his hand.”

Both Easton and Kyrie were likeable characters and both of them were portrayed pretty well. I liked the fact Easton was different from the usual cocky guy in sports romance novels. It was a nice change. He’s not a manwhore, he’s not a cocky bastard. He’s sweet, attentive and understanding and I really liked him.

Easton and Kyrie were pretty great together. I liked them, but I would have wanted their relationship to be a little more developed, because IMO their romance was a little rushed. However, I loved the chemistry between them. They were really hot together and I enjoyed their interactions. Their dialogue was fun and quite entertaining and the sex scenes between them hot as hell.

One of my favorite aspect of this story was the supporting character. All of them were fun and engaging and I wouldn’t mind reading their own stories. My favorite supporting character was without a doubt Kasey, Easton’s sister. OMG…this ‘lady’ was the sh*t. I loved her! I LOLed at everything she said or did. She was so hilarious and engaging and so sassy and ballsy. In other words, my kind of female character in a witty, sexy romance.