New York Times and USA Today bestselling author Rachel Van Dyken returns with a smoking-hot story about the satisfaction of plotting revenge on your ex—until he turns your world upside down again.

Austin Rogers’s dreams of domestic bliss involved watching Netflix and eating hot dogs with the love of her life. But then he cheated on her. And dumped her—as if the whole thing was her fault. To maintain her pride and restore her sanity, she decides to get revenge. It feels immensely satisfying to plot her ex’s downfall—but so does kissing him.

Thatch Holloway, a plastic surgeon straight out of residency, knows he ruined the best thing that ever happened to him. But not all cheaters are created equal. He got himself into this messed-up situation—true—but he has his reasons for what happened, and he’d do it all again to protect Austin.

Austin wants closure, but since Thatch refuses to give it to her, she takes matters into her own hands. She needs to write a human-interest piece for her MBA, so she demands the full plastic-surgery experience. Sparks fly as they’re forced to work together. But Thatch isn’t afraid to play dirty in return. And he’s still hiding something—something that has the power to destroy not only Austin but their second chance at finding forever…

➦What do you do if your boyfriend kisses another woman in front of you?

➦A little revenge is in order. Uploading an embarrassing video of him in an inebriated state should do nicely. Right?

➦Except, of course, if he can dish it out too. After all, he knows your fear of spiders. Oh well, too late.

➦Probably wasn’t the greatest of ideas since you have the same group of friends… And since he’s the only one who can help you pass your college class… So may be call truce instead and ask him to touch your boobies instead.

➦But you know it’s gonna kill him, since he has to do it in a totally professional way. Because that’s what plastic surgeons are. They are professionals. 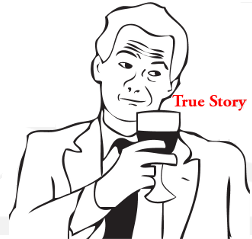 ➦You’re probably really intrigued by now. Or rather, confused. lol You can read the blurb for more clarification 🙂

➦I love what Rachel Van Dyken is doing with this series. She takes these male characters, puts them in a tricky situations, and by the end of the book they end up completely redeemed. Perhaps one thing worth mentioning is that there’s no hardcore cheating in the book, the break up happens over a kiss. Now why would he do that in front of his girlfriend? That’s the question. Will it get answered though?

➦And as usual, hilarious situations that left me chuckling. Terrific sexual tension between the mcs. All the things I love in Rachel Van Dyken’s books. Can’t wait for the next one!