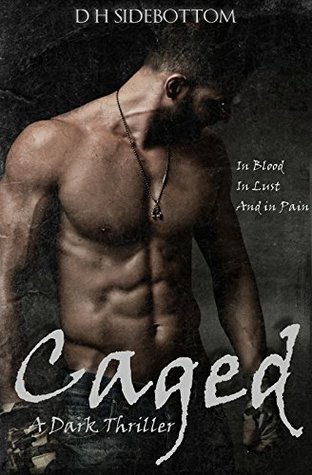 Judd Asher was taken from his front garden when he was just four years old. After an extensive search he was never found.
Twenty-one years after a random call out, Judd is found chained and beaten in the basement of an old rundown farmhouse where he has lived the life of an animal for the last twenty-one years.

Kloe Grant is assigned as Judd’s personal therapist. It’s her job to rehabilitate him, to guide him back to normal life. But as Judd’s only emotion is rage, Kloe finds it both heart-breaking and challenging mending a soul that’s not only broken but caged inside him by the demons of his past.

However, when Kloe’s relationship with her patient raises some eyebrows, Kloe can’t fight against the powers that want to see her fail, and with an arm behind her back, she walks away, leaving behind a man who has come to live life again for her.

Four years later Judd, now known as Anderson Cain, the darkest and most formidable cage fighter in a world where violence and crime are the only way to keep breathing, Judd finds there’s not a lot in life that can abate the rage that still twists and prowls beneath his skin.
Not until a chance encounter brings him to her door. To the woman with the bluest eyes and the most stunning smile, the woman who took his hand in the darkness and led him through the door into the sun.
But Kloe Grant left him when he needed her the most. She took the only shred of hope and trust he had left and annihilated it. She starved his belief, and she fed his fury.
She owes him. And he’s going to make sure that this time, she pays. In blood. In lust. In pain. And with her soul.

Caged #1
Part of a Series

Caged #2
Part of a Series 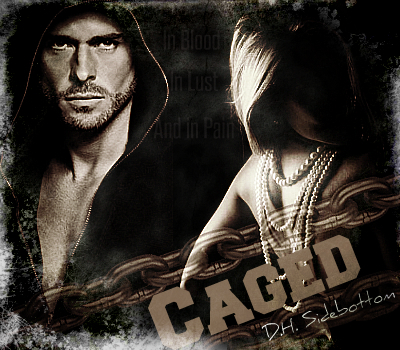 “I’m going to make you understand me. All of me. Every ounce of the darkness that no one, not even you, can fix.”

Judd Asher was abducted and held captive when he was just four years old. Twenty-one years later he is found alive living in a basement of an isolated farmhouse. Jude suffered serious abuse, both mentally and physically, now being very repressed. He doesn’t speak, he’s violent and he has no social skills. Taken to a mental support facility Judd meets Kloe Grant. Kloe is fascinated by Judd, the patient, but also Judd, the man.

“He was buried inside me. He’d climbed inside me with that stare and embedded himself into my soul.”

She wants to help him, not only because he feels sorry for him, but also because she feels a strong connection with this damaged man. Judd died a long time ago, becoming someone else, Anderson Cain. The relationship between Kloe and Anderson changes with each and every day. Kloe is forced by certain circumstances to abandon Anderson even if doing that is breaking her heart.

Four years later Judd is a changed man. He’s a cage fighter in a world where violence and crime are the only way to keep breathing. He still thinks about HER, she never stopped haunting him in these four years she last saw her. His feelings for her changed in the moment she decided to walk away, to break her promises. She took the only shred of hope and trust he had left and annihilated it and for this he wants her to pay. A chance encounter brings Anderson to Kloe’s door and from that moment everything changes. 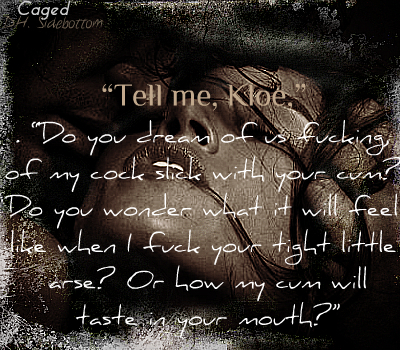 ‘Caged’ was filled with suspense, action and steam and held me captive the entire time. The story is divided in two parts, both of them fast-paced. While the first part made me sympathize with these two characters, the second part kept me intrigued and made me question these characters’ mental health. No kidding here, people!

The plot was fascinating from the start, layered, intense and the multitude of twists and turns kept me hooked and, if I’m being honest, f@cked with my head a little.

“How fucked up were we?
How sick and depraved could we go? Would we go?”

Both Kloe and Anderson were well portrayed, complex characters. Anderson’s past really broke my heart. He was treated like an animal for so many years, he was so damaged and his struggles were painted in a very realistic way. Even if I didn’t totally like his character because his decisions made me mad and made me cringe at times I found his character to be really fascinating. He was more damaged than I thought he is, but in some crazy way he was “perfect” for our heroine. Kloe is not exactly who she pretends to be. Not really! She struggles with some things from her past as well, being as damaged and twisted as Anderson. Their unconventional relationship’s development was not exactly done in a typical way and like every aspect of the story was strange and crazy.

“She was like a wild bird, created to soar in the wind and the sun, and the rain if she chose to. And I kept her in a cage, on a little perch, locked away from what she craved…”

If you are looking for a dark, twisted read that will keep you guessing right till the end, look no further! 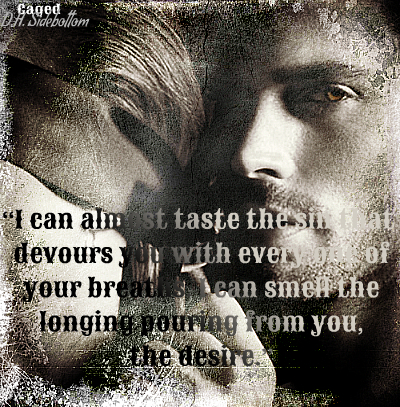