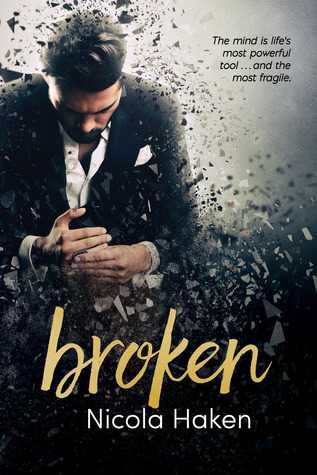 When Theodore Davenport decides to switch his mundane job for a career, he walks into Holden House Publishing with enthusiasm and determination to succeed. As he settles into his new role, makes new friends, and dreams of making it to the top, everything is going to plan.

Until he meets James Holden, CEO of Holden House.

James Holden hasn’t been able to stop thinking about his encounter with the timid man he met in a club bathroom last week, and when he discovers the one haunting his dreams is an employee, he can’t seem to stop himself from pursuing him.

Just a little fun - that’s what James tells himself. He can’t afford to care for someone who can never reciprocate, not once they find out who he really is. James believes nobody deserves the burden of being attached to him. He’s a complicated man. Damaged. Difficult. Demanding.

Please note:This book contains scenes of self harm, mental illness and suicidal ideation which may be uncomfortable for some readers. 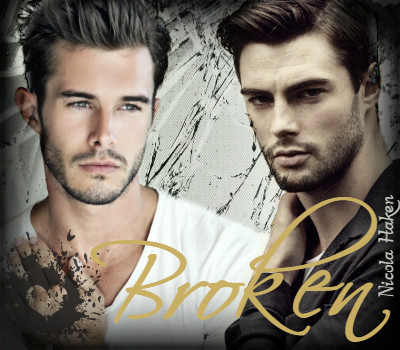 ‘Broken’ was emotional, at times intense and surprisingly not as heavy as I expected to be. Nicola Haken delivered a well written story that deals with tough subjects like mental illness, suicide attempts and depression. Now, to be honest I was a little reluctant to read this one. Not only because I’ve never read this author before, but also because I know not every author can handle very well this subject matter. I’m glad to say Mrs. Haken handled everything in a very caring, respectful way which I truly appreciate it.

Theodore ‘Theo’ is twenty-six, out and proud and he has recently started working as an office junior at a big publishing house. This new position is not exactly his dream job, but he loves words, – to read and write. One night he meets a sexy man with whom he has a very sexy encounter. Theo is not exactly proud of his actions since he’s not ‘that type’ of guy, but he can’t say he regrets it either. Theo meets again the man who rocked his world at work, since it seems he’s the big boss.

“It’s amazing how powerful a smile can be, even a forced one. It’s all it takes to fool people into believing you’re not falling apart inside.”

Looks are very deceiving and James knows that better than anyone. At first sight he’s an arrogant, cocky, pretentious a**hole, but he is more than that. James doesn’t have friends and he doesn’t have a close relationship with his family. He’s not looking for a relationship, so he f@cks around a lot, but he can’t deny the attraction he feels towards Theo. If at first Theo tries to stay away and to avoid the man who is still in his thoughts, James is ready to do anything to make the other man warm up to him.

As time passes, what starts as a hesitant friendship slowly becomes more, but James has a secret, secret that eventually reveals, even if there’s a big possibility Theo will run for the hills.

“He makes me feel again and…and I like it. I like the flickers of hope in my chest when he smiles, the bubbles of excitement in my stomach when he laughs, even the guilt I feel when I piss him off. They’re emotions I haven’t felt in such a long time and I crave more of them, crave him, crave life.”

I really enjoyed this one! It was well written, equally heartbreaking and heartwarming and had so much depth. Both main characters were well portrayed, felt real and their story felt believable form start to finish. While James at the beginning is an a$$, he was a likeable character. Yes, he was kind of annoying to say the least, put there were times when he actually put a smile on my face. His cockiness and his persistence were truly endearing to me. My heart broke for him. I guarantee you will feel deeply for him from the moment you find out about his illness. His voice was powerful, honest and so gut-wrenching. I admit, I would have liked this aspect of the story – James’s illness – to be a little more developed. I felt the author focused a little too much on James and Theo relationship development. Don’t get me wrong, this is definitely not a bad thing, but I would have liked to find out more about this illness that almost destroyed James.

“This is the side of him no one else sees. He looks so fun. Carefree. Young. The positive energy radiating from him is addictive and I want more. Need more.”

Theo was a fantastic character. He was pure and simply perfect. Not only as an individual, but also with James. The way he cared for the other man melt my heart. It was beautiful. He was scared, of course, but he was also strong and his dedication and unconditional love were wonderful. I admired him so much for not giving up when everything got ugly.

“Maybe I don’t need to be alone. Maybe I should trust someone enough to share my problems with. Maybe…maybe that’s the key to being happy. Being better.”

James and Theo’s relationship progressed naturally. At first they were strangers, after a while some kind of friends and later as the story unfolded something much more. I liked the fact that nothing was rushed and their beautiful relationship was portrayed in such a realistic way.
I also loved the connection between these two. Their chemistry was palpable from the beginning, so their sexy scenes were fantastically written.

What I didn’t like too much was the ending which IMO was way too rushed. However, I enjoyed the epilogue – very sweet and hopeful.

All in all, ‘Broken’ was a fantastic, powerful read that will make you feel, fall in love with these two wonderful men and also open your eyes.

“When your boat is drifting from the shore, it’s okay to use an anchor for support. We all need an anchor. Without people to love us, we’d just drift further and further away.”