My life was irrevocably changed the moment I stepped foot inside Elena
Alderman’s grand front doors. A lifeless tomb on the edge of Chicago’s South
Side, the Alderman home sat in one of the city’s oldest and wealthiest
neighborhoods, and Elena Alderman was the queen.

She was also mad.

Not the kind of madness that’s readily apparent. No, her psychopathy was far
more surgical—more…insidious. She was surrounded by beautiful
things—most notably her grand piano and her adopted son, Henry.

I fell in love with both.

My gift blossomed when my fingers touched her black and white keys. But my
life began when I became haunted by the boy. Henry Alderman was a
handsome blend of arrogance and seduction, and as we grew up together, I
found it more and more impossible to separate him from my thoughts. I envied
his life. I imagined how my name—Lily—would look with his. I became his
closest friend…and more. I gave him my kiss, locked away his secrets, and
loved him even when it was hard to.

But we were just a game. Elena Alderman made the rules. And when she
decided to change them, she broke everything.

Not sure what exactly I thought I was getting into with this one, but this book surprised me, Nicely!! An enjoyable, angsty read. Started off slow but once you got in, you couldn’t wait to see what happens next. Definitely a recommend from me!!! 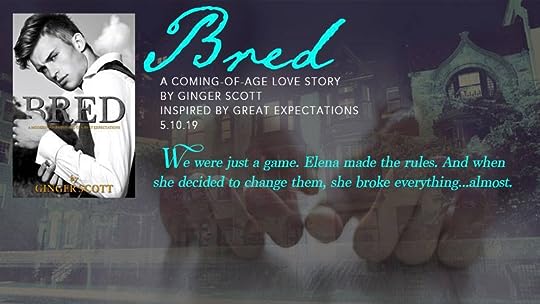