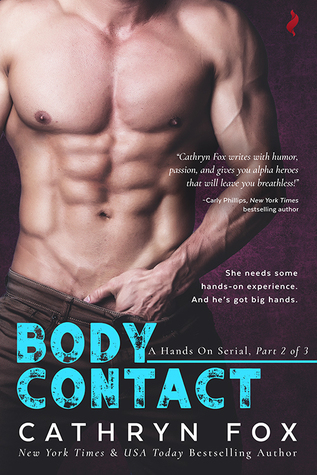 Asking pro football player Jack Rider to teach me everything he knows about sex might have seemed like a good idea at the time, but now I’m not so sure I can handle a guy like him. I thought he’d just straight up do me, ridding me of my pesky virginity sooner rather than later. But no, he had his own ideas about bringing me up to speed on sex. His two weeks of slow seduction might just be the death of me, but since he’s the one in charge, I have to play the game his way. Not that I’m not enjoying it. I am. Who wouldn’t, right? I guess I just can’t help but wonder how I’ll ever let another man touch me after him.

This is the second of a three-part series full of mind-blowing sex, featuring a dirty-mouthed football player who knows the score and an inexperienced therapist who needs to learn it. BODY CONTACT is sure to leave readers begging for more. The next installment comes September 2016. 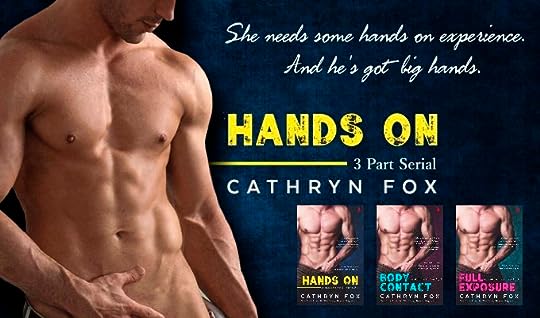 “I want you so hot and needy that by the time I take you, you’ll do anything for it… I want you to be fully aware that it’s me who’s taking you.”

➦This is a second part of the fun and sexy Hands On serial. It’s a very short and steamy read in which Danielle, the heroine, has only two weeks to get some hands on experience from Jack so she can confidently teach a sex therapy course.

❤In this part Danielle and Jack make further explorations of their bodies without ever doing the deed. Their relationship also develops on a deeper level and they actually are on the path to becoming friends. We all know where this is heading, they will have to let go at the end of two weeks, will they be able to?

➦Overall, I have found this to be a very enjoyable read and I am looking forward to finding out how it all ends. 🙂