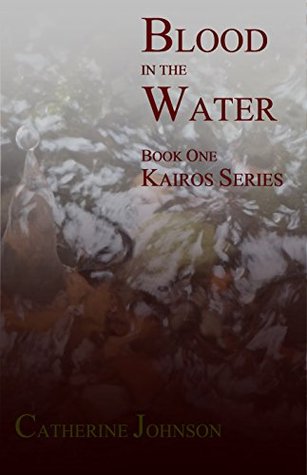 Ashleigh Carter is no stranger to crime, but she’s no criminal; or at least, not technically. By association she’s as guilty as sin. Her father is President of the Priests MC, a motorcycle club that rides on the wrong side of the law.

Paul ‘Shark’ Reardon is caught in the middle. What starts out as a simple, yet dangerous, mission for his club, the Rabid Dogs MC is soon complicated by acceptance, friendship and a blue-eyed blonde who is very definitely off-limits.

Everyone’s hiding something and trust is in short supply. Hazardous lives, already fraught with tension, are twisted into cross and double-cross. Somewhere in the middle of the plots and lies is a chance for love, if everyone can just make it out the other side alive.

Makes me feel like I’m living a badass life for a few hours instead of just sitting on my very clichéd middle class white suburban couch with my puggle-dachshund and a coffee cup that says “Bottom Ho.”

I’ve been hitting some serious pay dirt in the MC romance department lately and I’m seriously stoked about it.

Not only that, but between this and the Dartmoor series – which are both established series that I am late to find (how this happened, I have no idea, but I’m glad) – I now have numerous already published books to look forward to.

And that, my friends, it what we call a serious book win, no?

I mean, really, is there any better feeling than knowing you have multiple books on your tbr, with characters that feel like family, in stories you just know are going to be awesome?

That said, this book.

Not gonna lie (not that I ever do), this thing started off a wiiiiddle slow.

The writing is a kind of different style – limited third person narrative – and felt a bit choppy at first.

Also, the story started in the somewhat distant past with what at first felt like boring, superfluous background details regarding the lives of three of the more prominent characters.

At first it felt a smidgen tedious, but somewhere along the way all those details and seemingly trivial scenes lent themselves to what turned into a pretty awesome story.

I really liked Ashleigh – it’s always SO nice to have a heroine who is a reasonable adult and not a TSTL idiot who does and says dumb shit.

Also, as I alluded to earlier, the club itself here is a legit MC club that actually discusses and carries out illegal and crazy shit…not just some group of guys who pretend to be badass and call themselves an MC club, but are really on the straight and narrow side of the law because ROMANCE novel.

NOT that I don’t appreciate those books, because I do (if done well).
But sometimes, but it’s nice to have real and truly gritty feeling MC club in my completely fictional and probably very unrealistic romance novel.

Looking forward to the next one.