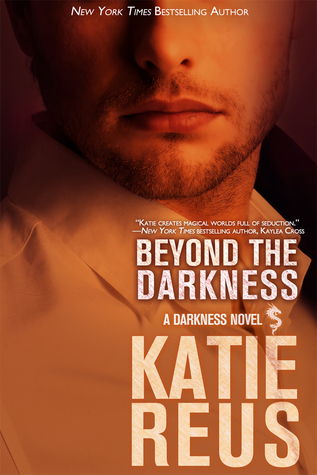 Now that she has her freedom, she’s not giving it up.

Dragon shifter Keelin Petronilla spent centuries in forced hibernation dreaming of one thing: freedom. Now she’s living life on her terms—she’s ditched her clan for an unruly wolf pack, she tends bar for a half-demon, and she’s loving it…until a powerful supernatural being targets her. She intends to handle the mysterious attacks on her own…without the help of dragon Alpha Bran Devlin. Sure, he’s sexy in that hot, scowling possessive way, but Keelin wants to live her own life in her own way.

Now that he’s found his mate, he’s not letting her go.

Former black ops agent Bran Devlin is a born dragon Alpha and leader of a fierce clan. Getting mated was never part of his plan—until a feisty dragon princess gets under his skin in a big way. The hell of it is, she doesn’t want a mate; she just wants to have a good time. He plays along, but when a dark and powerful being marks her for death, he’s determined to stay by her side in spite of her protests. Now that he’s found his mate, he means to keep her safe no matter what the cost…even if he has to risk it all.

All the Dragons Stars

So if you saw my last review for the last book in this series, you saw that I love dragons. We are talking THIS level: I kinda collect them.

But not in that way that your grandmother collects Hummel figurines or creepy china dolls. He’s one of my library guards.

I lurved it, although my love might be exponentially increased by the fact that it’s about dragons.

But who cares. *shrug*

I LOVED Bran and, even though she started to border on annoying sometimes, I liked Keelin too .

Their connection was palpable from the beginning and, like I’ve said before, I am a SUCKER for the “destined mates” trope.

Also, I really dig this author’s writing. It’s very seamless and jumps from a few different POVs in a way that I really enjoy. Sometimes POV jumps like that can very confusing and jarring, but such was not the case for me here.

Also, I like it when long-running series like this one include details of other couples – in snapshots, mind you, not full-on “take the book over” kind of shots – that get you excited about future books. It keeps me super interested and it paves the way for the next book – making that couple’s connection palpable before you even start their book.

Something else I really like about this series and this author is her ability to write action and get right into the nitty-gritty of the conflict right at the beginning of the book. So many times, it takes authors FOREVER to get the conflict ball rolling.

Or they do it TOO fast and it ends up feeling ridiculous, rushed, and without a solid foundation. But Reus has managed to find that perfect balance for me. She gets things going – and keeps them going – fast enough to get me knee deep and STAY knee deep, but not so fast that I ever feel like the story is an implausible game of cliched Clue. Other than that, like I said, I am really digging this series and I have already downloaded the next one. I am going to try and slow down though, being that it looks like book five is the last book in the series – at least that’s out right now – SADZ.

Oh, and because FUN, here are some of the hilariously awesome dragons meme/gifs I found while “prepping” (fancy) this review: And MY FAVORITE ONE?