Nearly twelve months sober, Adrian Birch feels like a nobody. But when her wrist is broken in a hit-and-run accident, she’s avenged by the Badger, a secretive street vigilante. Instantly obsessed, Adrian takes to staging suicide and constructing chance meetings to get his attention. Their resulting affair is harsh and needy, wrought with McKenna’s signature dark eroticism—until the connection gets out of hand and ignites the violent passions of the city.

Hailed for her “evocative,” “intense,” “deftly drawn,” and “engrossing” stories by reviewers at Publishers Weekly, USA Today, and Jezebel, McKenna now establishes herself as a rising star in neo-noir. Badger challenges the reader to imagine how an impulsive young man is killed, offering only the perspective of the fascinating and unreliable Adrian Birch. 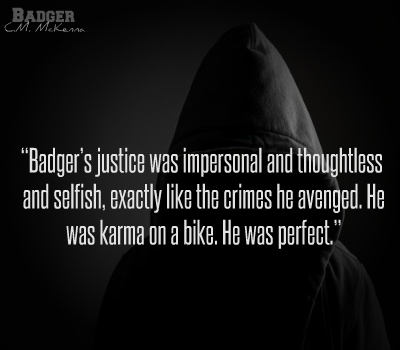 “…we all had split personalities. We’ve got the one we actually present to the world the majority of the time. Then we have the other one, the one who unleashes terrible barrages of disgusting vitriol at the people who piss us off, only in our heads, and fucks whomever it feels like, exactly when and how it wants. In our heads. I bet we all had a Badger in us, an impulse to hurt and punish. We just had some component that kept it caged in exchange for living in civilized society.”

It’s no big secret I love this author. I have read all her books, but here’s a little secret, Cara McKenna was my first favorite author here on GR. From the moment I read my first novel from her, I fell in love with her ‘voice’ and her words who made me feel so much every single time. Besides the stellar writing, what I love the most about this author’s books are the characters, who every time are so perfectly imperfect. In my humble opinion, “Badger” is Cara McKenna’s best work to date and definitely one of the best books I have read this year. Needless to say you don’t want to miss this poignant, thought-provoking read. 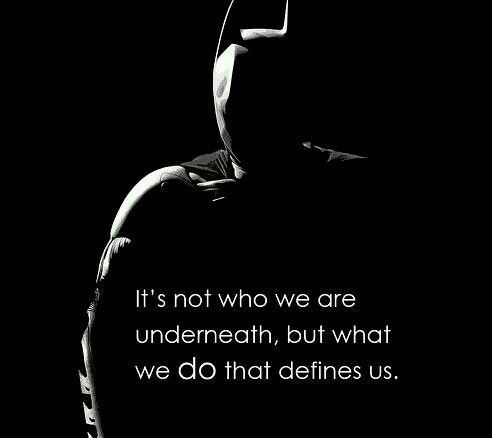 This book will stay with me for a while. And you know why? Because it was like nothing I have ever read! It was unique, with a captivating premise and I loved every minute of it. Now, I can’t label this book because honestly IMO it can’t be labeled.

“He had far too many dimensions, far too much to try to capture in something so dumb as a local color piece.”

“Badger” tells the story of a secretive vigilante bicyclist, a man who is pretty famous on all Boston’s streets. He fights violence with violence, shooting paintballs at those who are detestable people. He doesn’t do this out of the kindness of his heart, for humanity. What he does, he does out of hate. He just wants to punish, not to save people.

“My name is Adrian Birch, and I’m nobody.”

Adrian Birch is a 27 years old girl who lost herself for two years when she became a Vicodin addict. She was arrested for shoplifting, losing her family’s respect and also her self-respect. After six months in recovery she’s struggling to rebuild her life, trying to improve her confidence and self-esteem and also trying to forgive herself for what she did when she was an addict.

Badger and Adrian meet when the notorious vigilante witnesses how our heroine is getting hit and run by a car avenging the one who did it. He runs and leaves behind, a thankful, yet curious bewitched Adrian who wants more than anything to find out everything there is to find about this ‘terrifying and hugely compelling’ man. She doesn’t know who he is, how he looks, where he lives or what does he do for a living, so she doesn’t know how to find him. She plots a way of meeting him and from the moment she can put a face to the name she’s drawn to him like a moth to a flame.

“…with every scrap of information I uncovered, I felt more and more as though he and I were two halves, polarized and separated. And the more I learned, the more sharply I ached to be near him. I wanted to feel and hear the magnetic click as I snapped tight against him, to someone like him. To someone so unlike myself.”

She wants to understand him and to figure what he does, who he is and why he become a modern day Batman. But Badger also known as Isaac Belov doesn’t want to be figure out and he certainly doesn’t want to be loved. Isaac insists he can’t have a normal relationship, but their connections seems to grow stronger every time they meet.

Now that’s what I call a refreshing read! Even the cover was somehow refreshing. Not my favorite, but I definitely liked the idea. If you expect some sweet and fluffy read and/or a lovely romance, this is not the book for you. “Badger” was a raw, gritty, at times disturbing or emotional read who was very poetically and beautifully, I could say written novel, who equally put a little smile on my face and left me heartbroken.

“I wanted to touch him for hours, for days, as long as it took to teach myself to translate his scars.”

Badger/Isaac was such a flawed, scarred character. He has no filter and most of the time he’s an a**hole. His past is more than sad, it’s tragic and my heart broke for this f*cked-up man. He’s screwed in more ways than one and his attitude and/or actions at times will certainly leave your mouth hanging open. Is safe to say, Isaac is not your usual hero. As much as he was a hero, he also was an anti-hero. Anyhow he was a very interesting character. I’m not gonna lie here, his sexual preferences made me cringe a couple of times, but it didn’t stop me sympathize with him. If Badger was cruel a**hole, Isaac was considerate, protective and even kind. I felt so many emotions reading about this sick, flawed, yet enjoyable character. Gah!!

Adrian’s character development was wonderfully done IMO. If at the beginning she’s portrayed as a character with self-esteem and confidence issues, through the end she’s portrayed as a totally changed young woman. Badger/Isaac, their relationship and also certain events changed her in the best way. Cara McKenna not only told the reader that Adrian made some decisions or that she made some plans, she showed the reader how she took action and I loved this fact. IMO this story was Adrian’s story as much as it was Badger/Isaac’s story. Needless to say I think “Badger” was also a self-discovery story.

Badger/Isaac and Adrian’s relationship was dysfunctional to say the least. Their connection was there from the beginning and their relationship was…well, nice to read about. I desperately wanted…MORE for our hero/antihero.

The strong storyline coupled with these two flawed characters made this book for me a very entertaining read and I have to say I really enjoyed and also preferred the single POV. That’s a first for me since I usually prefer a dual pov.

If you want something different from your common romance novels, I highly recommend this amazeballs read!

“My name is Adrian Birch, and I used to be nobody. An apologist, a coward.
Then I met a madman on a bicycle and I lost my mind, lost my way, got my heart broken and my head rewired, and woke from a nightmare of my own design, fear gone like an ex-lover I’d never spread my legs for again.”