Their meaning, the pictures they paint in the minds of those that hear them: they’re not always the same and to me at least, that makes them meaningless.

Take for instance the phrase ‘black widow’. Those words conjure the image of a spider, an eight-legged creature with the red imprint of an hourglass on its abdomen.

However, instead of speaking of an arachnid, of the resident of a spindly and dew-laden web, the people who whisper those words are talking about something much different.

They’re talking about me.

From what I’m told, I’m called the Black Widow because no man I’ve ever loved has survived.

Yet, I have no memory of any of it.

My new home leads me to the definition of another vague and meaningless word.

It’s a place where I’m supposed to seek refuge.

A place of retreat and security.

It’s a place where I’m supposed to be kept safe because I’m sick.

But the definition for this place is wrong and the word becomes meaningless when you’re tucked away and made silent by drugs and pretty white jackets.

My name is Alexandra Sutton and this is the story of what happened when I was imprisoned inside an Asylum. 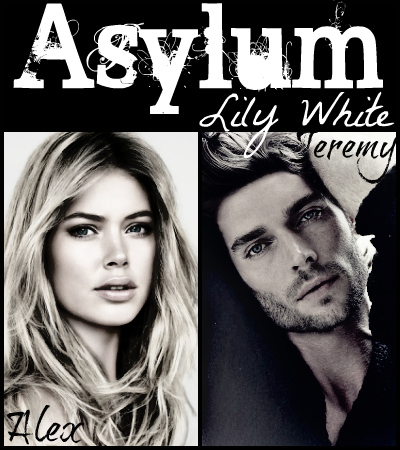 “My name is Alexandra Sutton and this is the story of what happened when I was imprisoned inside an Asylum.”

“Asylum” by Lily White is one of the most intriguing book I’ve read so far. And I’m not talking only about dark reads. Lily delivers with this book a psychological thriller/mystery that will make you question everything you read and every character you meet. For me the most thrilling aspect of a dark read is the psychological aspect. Needless to say, here this aspect is strong and so well done.

She only knows that she’s a “Black Widow”, because they tell her she was accused of killing brutally two men. Alex can’t remember anything, but she knows one thing – she’s not a murderer. Her only visitor in the Institution is her brother Dain, who tries to help her remember who she is. Inside the institution she can’t trust no one. Maybe not even the new doctor.

“There’s no point in telling the truth…We’re all crazy and nobody would believe us anyway.” 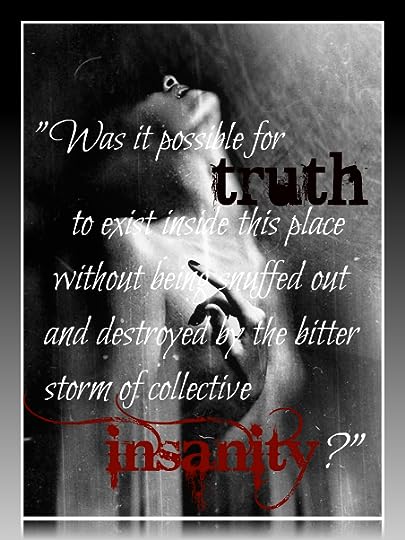 Dr. Jeremy Hutchins is the new doctor. He’s young, handsome and he wants to help Alex. He wants to help her using his new methods. He doesn’t know the truth about this woman, but he wants to solve the mystery. Alex is intrigued by the new doctor, she fears him in some way, but she’s attracted to him, even if she can’t understand this strong attraction.

“I’d never seen a more attractive man, but there was still something dark about him, a lurking aura that sent chills across my body when he was nearby.”

The relationship between Alex and Dr. Hutchins evolves how I expected. Their connection is intense and their chemistry palpable. 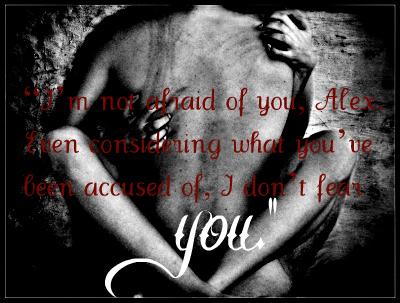 “Asylum” was like anything I’ve read so far. It was dark, raw and even disturbing and intense at times, it was a real mind fuck that fuck up with my head.

The setting, the premise, the plot, the execution, everything was exquisite. The premise is unique, intriguing and the plot more intense with every chapter. I didn’t know what’s happening and I questioned what I read for more than half of the book. There’s so much going on in this book and there’s so many twists and turns, every single one of them captivating and intense.

I still don’t know how I feel about Jeremy. I had my theories about him and in the end I was (partially) right. There’s no doubt he’s an intense man and an intriguing character. I can’t tell you more about him, but I can guarantee that you will be fascinated by him as well.I felt for Alex, for what she endured and for what she still endures in this creepy Institution. I say creepy because it really is. Almost everyone is crazy or has something to hide – the patients, the stuff, everyone. The patients here in Statham Institution for the Criminally Insane are dark, intense, with disturbing actions, but they and so well done described. Every one of them is different.

What didn’t work for me so well was how everything evolved from a specific point and the ending as well. I was expected something else I guess.

All in all, “Asylum” was an intense, captivating, psychological read with many suspense and mystery elements that will definitely blow your mind. If you’re a fan of this author like me or if you love a good dark read, this is for sure a must read. 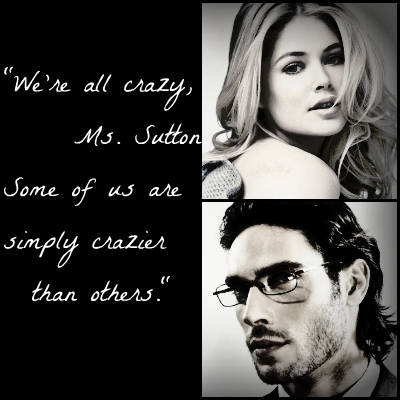