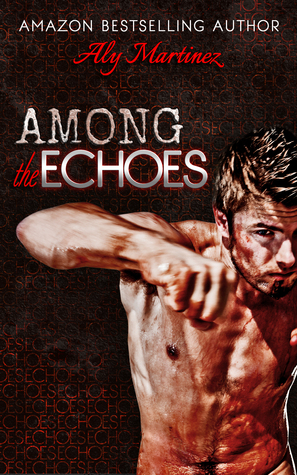 *Among The Echoes is a stand alone novel which contains material that may be offensive to some readers. Including sexual abuse, graphic language, and adult situations. Intended for readers 18+.*

My name was Dr. Erica Hill. I was a victim, then a witness, and then I ceased to exist altogether.

I may still be breathing, but stripped of my identity, I have long since stopped living. I am invisible, and my life depends on my ability to stay in the shadows.

But he sees me.

Slate Andrews is the embodiment of everything I have been taught to avoid. He’s rich and famous, and one image of him with a woman would earn millions for any paparazzi lucky enough to snap it. He has vowed to protect me with his life, yet he exposes me with his every breath. I should be stronger and walk away. I should disappear. But I’m terrified he would come after me.

I’m on the run, determined not to take him down with me but absolutely unable to let him go.

My name is Riley Peterson…at least for today.

I really liked this.

I picked this up after meeting Erica and Slate in [book:Fighting Silence|23206497] because I wanted to know more.

What Erica went through here was seriously the stuff nightmares are made of…literally.

But I adored how much Leo and Slate wanted to protect her.

I know a lot of women readers be like: Bring on the heroes and some bitches that need saving, people. Yes, yes, I know, how horrible of me.

Cause nothing says “I am a strong independent” woman like fake eyelashes, ginormous tits, and a latex bodysuit, amiright?

Like I said, I will always love a Damsel in Distress.

And this book had TWO hot heroic dudes protecting this damsel.

In fact, I thought it was pretty cool how Martinez was able to make Leo and Erica’s connection so strong without it taking away from her relationship with Slate.

Now the only thing about loving Leo that sucks?

Now I want to read his story.

But it looks like it’s tied into the [book:The Wrecked and Ruined Series Box Set|24445736], which I was purposefully avoiding because it looks like an angst-fest on steroids.

But I might just have to bite the bullet and check it out.

But, fear not, I come prepared.