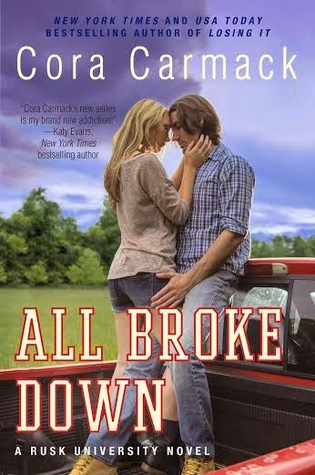 In this second book in New York Times and USA Today bestselling author Cora Carmack s New Adult, Texas-set Rusk University series, which began with All Lined Up, a young woman discovers that you can't only fight for what you believe in... sometimes you have to fight for what you love.

Dylan fights for lost causes. Probably because she used to be one.

Environmental issues, civil rights, corrupt corporations, and politicians you name it, she's probably been involved in a protest. When her latest cause lands her in jail overnight, she meets Silas Moore. He's in for a different kind of fighting. And though he's arrogant and infuriating, she can't help being fascinated with him. Yet another lost cause.

Football and trouble are the only things that have ever come naturally to Silas. And it's trouble that lands him in a cell next to do-gooder Dylan. He's met girls like her before fixers, he calls them, desperate to heal the damage and make him into their ideal boyfriend. But he doesn't think he's broken, and he definitely doesn't need a girlfriend trying to change him. Until, that is, his anger issues and rash decisions threaten the only thing he really cares about: his spot on the Rusk University football team. Dylan might just be the perfect girl to help.

Because Silas Moore needs some fixing after all. 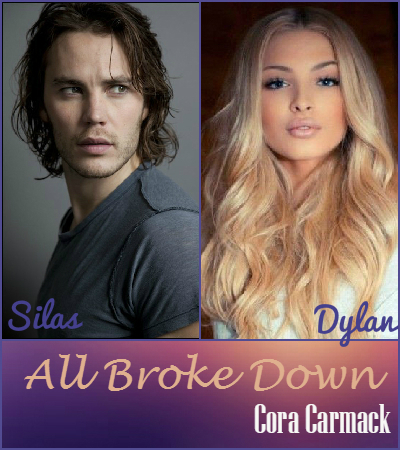 “All Broke Down” is book2 in Cora Carmack’s “Rusk University”series and it can be read as a standalone. If you’re a fan of college romance novels I totally recommend this one/this series. With a sweet romance and two endearing main characters “All Broke Down” was even better than the first book in my opinion.

We met the male main character, Silas Moore in “All Lined Up”. I bet not many of you liked him too much back then. And let’s face it, you were very right not to. He was a douchebag. In this installment we get to know a new side of Silas (or even more) and I totally enjoyed his character. Silas is not like most of Rusk University’s students – he’s not wealthy. He has a troubled past and knows very well not to depend on anyone else but himself. He doesn’t have good grades like others, all he cares and knows about is football. Football is the only think he loves. He is a bad boy, he has a temper and he has a tendency to make poor decisions. One night he gets arrested for fighting. In jail he meets our heroine Dylan, who looks nothing like a delinquent.

“You’re really hitting on me? After we just met in jail?”
“Is it working?”

At first sight Dylan seems the typical rich spoiled princess. But only at first sight. She’s a girl who wants to make a difference. She wants to change the world, but this time her believes land her in jail.

She’s drawn to Silas from the very first moment. She can tell he’s bad news with his dangerous looks and even if he’s not her type, she’s very attracted to him.

“In his eyes, there’s this strange kind of appreciation that is part attraction, part something else that makes me feel rare and precious and…seen.”

At first Silas only wants to get laid. He’s not interested in a relationship. Actually he never had one of those. As the story progresses he realizes how different Dylan is from any other girl he knows. Despite the fact that they are so different from each other their attraction is powerful. 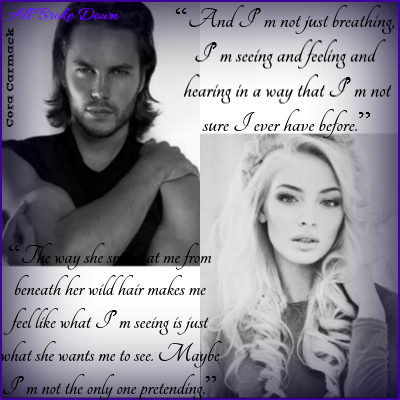 Both Silas and Dylan struggle to belong and both of them have flaws. They agree to help each other with some issues, they become some sort of friends and soon after they start a no-strings relationship. Everything changes when feelings get involved.

I really enjoyed this one! It was sweet, sexy and even funny at times. I liked both Silas and Dylan (Silas more because I was a little frustrated with Dylan at times). Both of them felt real and even relatable and both of them are well developed. Silas is a cocky, charming guy who won me over from the start. To say he is hard to resist will be an understatement. I loved his determination and how passionate he is about football and I really felt for him. Despite his shitty past, he’s great. In my opinion he was more developed than Dylan’s character. But I can’t complain with her since overall she was pretty great as well. She’s caring, compassionate and just a lovely girl.

From the moment they met their interactions are terrific. Sexy or funny I enjoyed them all. I also enjoyed how their relationship progressed. Nothing felt rushed. Their connection is powerful from the start and their chemistry is off the charts and palpable.

I expected a different storyline, but I’m happy with what I’ve got. I really appreciated the fact that Dylan’s ex is not involved too much in the story.

“All Broke Down” is an entertaining read with two lovable characters, sweet storyline and captivating writing. 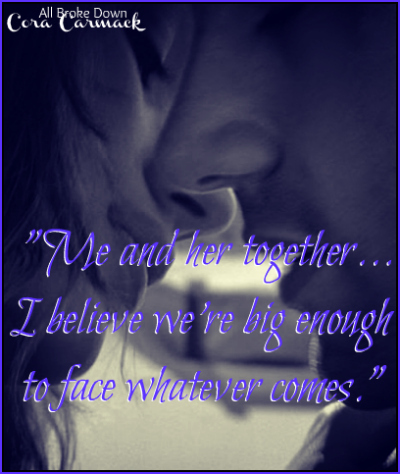