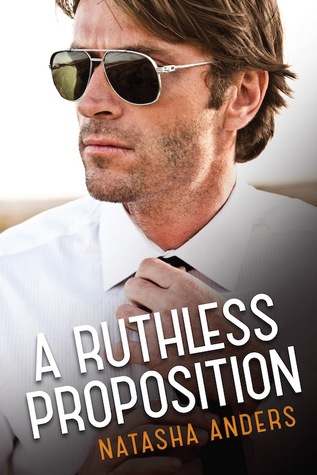 All that glitters may lead right to his heart…

The last thing Cleopatra Knight expects on her business trip to Tokyo is to fall into bed with her arrogant, irresistibly hot boss, Dante Damaso. It’s a mistake—a steamy, mind-blowingly satisfying mistake. But a few nights of passion with the superwealthy bad boy prove to have long-term effects when Cleo’s world is unexpectedly turned upside down.

Dante has cultivated an enviable, jet-setting lifestyle: beautiful women, exotic destinations, and luxury without limits. He’s not looking to be domesticated, and certainly not by his assistant—even though he can’t get her out of his mind. Still, he knows he has both the responsibility and the financial means to help Cleo.

Though Cleo has no interest in Dante’s money, her lack of prospects gives her little choice but to accept his help. But living under the same roof, Dante discovers he wants more, and if Cleo lets down her guard, she just might find what her heart’s wanted all along.

So, not gonna lie, I didn’t love this as much as I loved The Unwanted Wife, but alas, veritable perfection is hard to beat.

So I’ll accept it.

I love Natasha Anders books.
They are like Harlequins on steroids.

Cleo (minus the “patra”) shows a little bit of backbone here and there, but for the most part, acts very similar to other Anders heroines.

Well, she’s not technically a virgin, so hold yourselves back, book piranhas.

And the jury is still out on her driving skills because, you know, billionaire private jet and all.

But I really wanted to use that gif.

Since they just don’t make teen movies as awesome as Clueless anymore, amiright?

As pre-hot mess of a drug hag Lindsey Lohan had some legit talent. Tina Fey and Amy Poehler are comedic goddesses. And because “fetch” should totally happen.

Dante was a huge dick.

Some of the things he said to Cleo were straight awful.

In fact, he made my beloved Sandro look like a purring kitty cat in comparison.

But I fucking loved it.

I don’t know why, but I just love books where the H is a ginormous asshole, acts the fools (not cheating) and then has to grovel his way back into the h’s good graces.

I’m sure this is indicative of major childhood damage to my inner female psyche, which resulted in an adult need to see grown men on their knees or some other such nonsense.

But it’s a good thing I don’t fucking care.