Bleu MacAllister is consumed. A horrific childhood incident has caused every decision in her life to revolve around bringing a monster to justice. With years spent studying The Fellowship, an organized crime brotherhood of liars, thieves, and killers, Bleu will rely on her skills as a special agent to cut Thane Breckenridge off at the knees. But walking hand in hand with retribution means risking collateral damage, in the form of Breckenridge’s son Sinclair—until Sin becomes so much more than Bleu bargained for. She’s always known this undertaking would place her life in danger—she never imagined her heart would be as well.

Can Standalone #4
Part of a Series 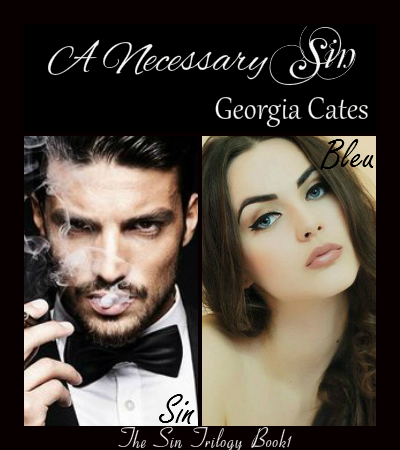 “A Necessary Sin” is the first book in Georgia Cates’s series “The Sin Trilogy”.

This author is new to me so I didn’t know what to expect. This book is written very well, has a solid plot, and very well developed characters. “A Necessary Sin” is an intriguing story about revenge, power, lust and love. It’s a steamy suspenseful read full of angst and drama that will capture your attention from the first chapter.

“I only know how to use fear and violence to make people behave the way I want them to.”

From the beginning, the American beauty intrigues him like no other woman. She has the look and the brains and she seemes perfect for him. Sin is a smart man so knowing that he has many enemies he’s a little paranoid at first when it comes to Bleu. Bleu doesn’t do one-night-stands so to have her, Sin is willing to anything even to court her.
One night is not enough, so they decided to date, even if they are aware the organization doesn’t accept outsiders.

Bleu tries to stay detached, reminding herself why she came in Edinburgh, but the attraction for Sin is too strong. He makes her feel feminine, desired, special, being so much more than she expected.

“He’s a thief who stole something much more precious than ever before—my heart. I never dreamed in a million years I could fall in love with the son of my mother’s killer.”

Bleu has many opportunities to kill Sin’s father, but she starts to struggle with her decision. She can’t think clear anymore, she doesn’t want to destroy Sin’s world. She should he happy or satisfied she has the opportunity to revenge her mother’s death, but she’s not.

“I’m straddling two worlds. Love versus hate—and I’m not sure which is stronger.”

Sin never expected to fall for Bleu. He’s ready to protect her from her father and The Fellowship no matter what, even if some members think Bleu is not trustworthy. 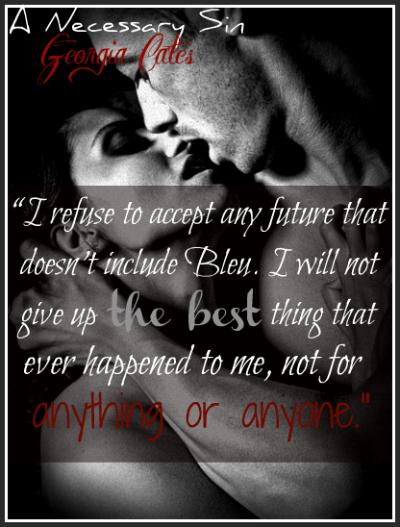 I really liked this one. I don’t know if the premise is unique, but I enjoyed it and I found it very intriguing. I was hooked from the beginning. Like I said, this story has everything – action, drama, steam and suspense.

Even if I think Sin and Bleu’s relationship progressed a little too fast, I liked their relationship. They are great with each other. Sin is a great hero. He’s confident, charismatic, intense and for sure a great future leader. He may be a killer, but he’s great with Bleu. He’s patient, attentive, sweet and caring. He’s perfect for her. 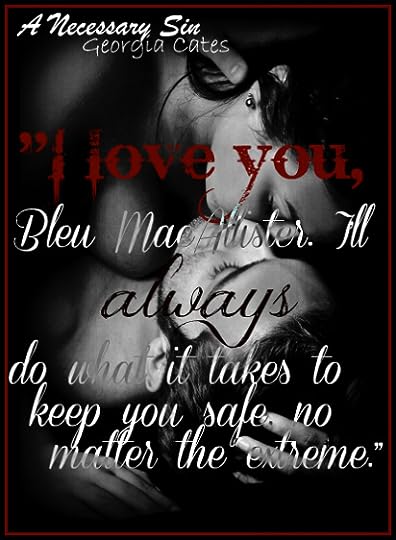 Bleu was a great strong heroine. At first she’s focused, but as the story progress she’s conflicted and also naïve, thinking she has a future with Sin. She doesn’t want to fall for him, but she can’t do nothing about it. Her heart wants what it wants. Both Bleu and Sin are complex characters, endearing and both are well developed. I really enjoyed the dual POV. The chemistry between Sin and Bleu is of the charts and the sex scenes are very steamy.

The story ends with a cliffhanger, but in my opinion it wasn’t so bad. For some reason I expected it, so I wasn’t too shocked.

I really liked the writing and I can’t wait to read to next book/s in the series!

“I don’t know how to kill the woman I love.”