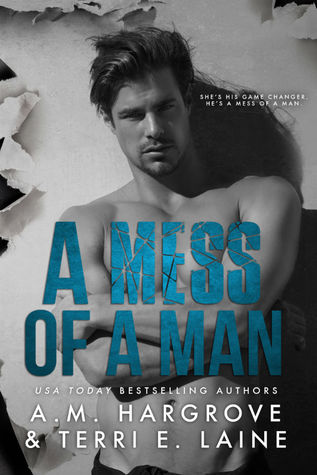 Womanizer, Man Whore, Player, Heartbreaker are all familiar names to Ben Rhoades. He prefers Money Man or Sex God, but he doesn’t let other people’s opinions rule him. And he’s only gotten worse without his compass, his best friend, whose devastating death at a young age has taught him a valuable lesson about not getting too close to anyone … ever. Until one smart and stubborn woman with eye-catching curves throws him for a loop and refuses to be tamed.

Samantha Calhoun has her life on track even after the shattering break-up with the guy she’d thought she’d wanted to marry. With her chin held high, she focuses on her career, building her business and making a success of it all. Only a chance meeting has her lost in a set of alluring steel gray eyes that have her steps faltering and her heart leaping out of her chest. Forewarned by not-so-flattering rumors plus his no-holds-bar rules, she tries desperately to play his game while guarding her heart.

Only they have no idea of the journey they’re about to undertake when their lives collide. Ultimately they’ll tackle the biggest test of their lives because she is his game changer. The one, who through the ensuing wreckage, can domesticate the mess of a man that he is.

I liked it, I just didn’t love it.

➦This book is about two people first trying friends only, then friends with benefits only – it goes back and forth until finally they both grow a pair.

➦There is a twist at the end for added drama and I don’t think the book could have gone without it, there just wasn’t enough substance to it.

➦The book is in need of better editing, I think: repetitive scenes from both POVs, repetitive thoughts, useless dialogue, even too many sex scenes. I skipped through sex scenes at the end because, even though I was annoyed at how long the book was, I still wanted to know how it ended.

➦Well, I didn’t expect to cry at the end so I’m glad I finished it but it doesn’t change the fact that the book could have been much better if cut short by 70 or so pages. I imagine a lot of people probably didn’t make it to the end.