Once upon a time, the wizard’s apprentice Sam of Wilds got his happily ever after in the arms of his cornerstone, Knight Commander Ryan Foxheart. A year has passed, and while Sam’s been captured five or six more times since then, things are pretty great. His parents are happy, Gary and Tiggy still eat sass for breakfast, Randall is somehow alive despite being older than the gods, the King rules with a gentle hand, Kevin the dragon is as gross as ever, Morgan sighs a lot, Ryan continues to be dashing and immaculate, and Sam is close to convincing Prince Justin they will be best friends forever.

Because Vadoma, the leader of the Gypsy clan and Sam’s grandmother, has come to the City of Lockes with a dire prophecy written in the stars: a man of shadows is rising and will consume the world unless Sam faces his destiny and gathers the five dragons of Verania at his side.

And she brings along her second-in-command, a man named Ruv.

The first book in the DESTINY FUCK YEAH! Trilogy (because sometimes, having a destiny is the stupidest thing ever)

➦Honestly… honestly I’ve never thought that a gay unicorn could make me cry… from laughter, mostly. These characters T.J. Klune created are completely obnoxious but I ended up falling in love with all of them.

➦I don’t even think this particular series can be classified in any one category… It has fantasy, humor, and romance all in one. I would definitely recommend it to anyone who enjoys M/M. This second installment sure did bring some extra steam to satisfy those who might be curious about how a certain wizard behaves in the bedroom. lol

➦Long story short, if you like dragons, prophecies, magical shit and over the top but so so funny humor then check this series out. Also, I have to recommend the audiobook. If you can listen to it instead of reading, DO IT. Because I don’t think I’ve ever heard a more talented narrator in my life. My hands are itching to get my paws on the third audiobook in the series. Hurry up! *growls* 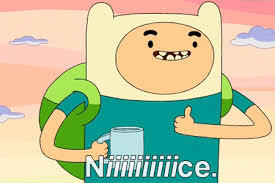