Feyre survived Amarantha's clutches to return to the Spring Court—but at a steep cost. Though she now has the powers of the High Fae, her heart remains human, and it can't forget the terrible deeds she performed to save Tamlin's people.

Nor has Feyre forgotten her bargain with Rhysand, High Lord of the feared Night Court. As Feyre navigates its dark web of politics, passion, and dazzling power, a greater evil looms—and she might be key to stopping it. But only if she can harness her harrowing gifts, heal her fractured soul, and decide how she wishes to shape her future—and the future of a world cleaved in two.

With more than a million copies sold of her beloved Throne of Glass series, Sarah J. Maas's masterful storytelling brings this second book in her seductive and action-packed series to new heights.

➦Maas does it again! And as of now I have a new character obsession. Behold, ladies and gentlemen – Rhysand High Lord of the Night Court. 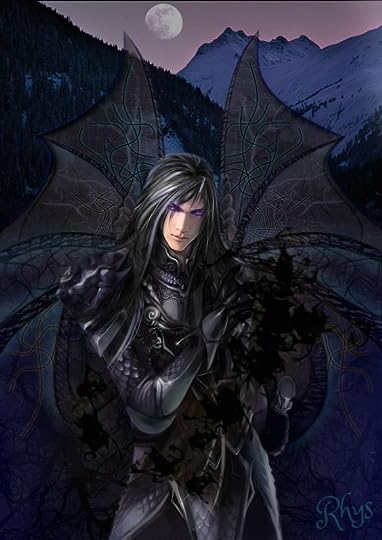 ➦Ok, seriously, this book was amazing. There was a lot of action, funny banter and even some sort of a magic version of modern texting!

➦Mix a badass heroine with a sexy as hell misunderstood hero and you got yourself one hot concoction. I mean, this was HOT!

➦One thing I noticed with Maas’s writing is that her stories often take a U-turn and get better in subsequent books. The first book in the Throne of Glass series was good, but the ones that came after blew me away.

➦I feel like I need to address the love triangle issue which some people are outraged about. I knew Rhysand was going to be a big part of this story the second our heroine met him and thought that he was THE MOST BEAUTIFUL MALE she’d ever seen. And that was, what, about 30% into the first book? I know some people got attached to Tamlin… but sometimes things aren’t what they seem 🙂 Oh, deal with it! And I think we all know Maas is all about mates and eternal bonding and such, so go figure!

➦A lot of people were mad at Maas for introducing new characters and pretty much forgetting about the ones from the first book. Have no worry, they will be back in book 3, I’m sure of it 🙂 It’s also worth the mention that the new supporting characters were amazing and well developed.

❤Feyre, the heroine, goes through transformation and self-discovery. Again, she has this in common with Celaena, the heroine of Throne of Glass. But unlike Celaena, who is a human deadly assassin, Feyre starts her journey as a mere poor human who only know how to hunt to survive.

❤I got very attached to the characters. The ending was spectacular and left me a mess. I was sobbing like an idiot and had to remind myself multiple times that this wasn’t real. lol

❤I would definitely recommend this series to anyone who enjoys romantic fantasy, love is a big part of this book.